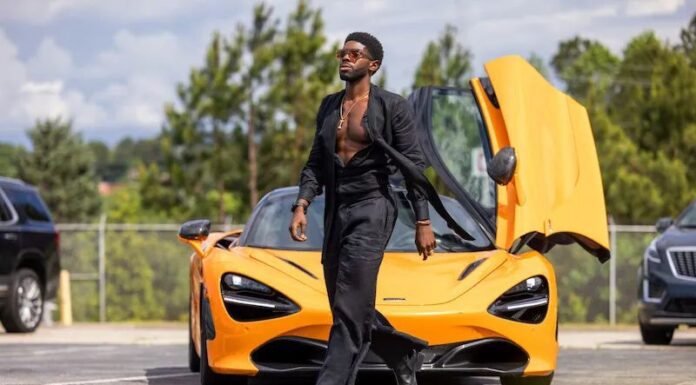 In the ninth episode of Tom Swift, Tom Swift has always had the capacity to be both amusing and tragic, deftly fusing emotional vulnerability with sci-fi flair. But in “And the Night to Remember,” a revelation casts doubt on all of Tom’s assumptions about Barton Swift and has an impact on every facet of his attempt to save his father. Continue reading (below) to learn what transpired when Susannah visited Tom Swift for supper.    Are you curious to learn more about Tom Swift Episode 10?  Allow www.tvacute.com to supply you with all of the information you’ll need to watch the latest episode9 of Tom Swift Season 1.

The tenth episode served as the season finale is called “And the Cost of Forgiveness.”  If it turns out that this is the conclusion, then let’s simply keep our fingers crossed that the program has something up its sleeve that is not only full of tremendous drama but also full of unexpected twists and turns. In the final episode, Tom is going to be put in a position where he has no choice but to confront the most painful emotional wounds he has ever experienced, and the journey he takes will lead to a startling discovery that will alter the course of his life irrevocably. That seems to be the case, at least according to the synopsis that can be seen below for the conclusion.

Tom Swift Episode 10 Synopsis:  CHANGES – Only hours are left before Tom (Tian Richards) must launch the rescue drone to save his father from outer space. But his plans are jeopardized by an anti-technology attack at Swift Enterprises’ Black engineering conference – and by the fallout from the discovery of his father’s shocking betrayal during Tom’s childhood. Tom will be forced to confront his deepest emotional wounds, and his journey will bring about a stunning revelation that will change his life forever. Ashleigh Murray, Marquise Vilsón, Albert Mwangi, and April Parker Jones also star. Rose Troche directed the episode written by Cameron Johnson & Michael Poisson (#110) Original airdate 8/2/2022.

Is there Tom Swift Season 2

Keep in mind, that the television network has already decided to cancel the show. so there will be no season 2. Earlier in the summer, The CW decided to terminate the Nancy Drew spin-off series, even though it had not yet had the opportunity to air the remaining episodes of the season.

Tom Swift Season 1 Episode 10 will premiere on Tuesday, August 2, 2022, at 9 p.m. ET/PT on CWTV with new episodes, airing weekly on Tuesdays.  The show will then be available to stream on the CW app and website the following day, June 1st.

Tom, Zenzi, and Isaac argue how to handle the captured Road Back agents. They have just 4 days to save Barton Swift, though, as Barclay reminds them. Zenzi attempts to carry on normally after his love declaration gone wrong while taking a jab at Isaac for not moving quickly enough. Swiftsight, which has memory access, is introduced by Tom. By inviting her to dinner, he hopes to deceive her into using it. Justin agrees to help as long as Tom pays the copay for his therapy session after Tom uses his more than positive memories of their after-Summit sex party to charm Justin. When Susannah shows up, the celebration begins. Justin tries to prevent Tom from using the Swiftsight on her out of worry for his liability but Tom finds an excuse to bring up the Swiftsight. Susannah is taken to August 17, 2012 by the device. She tells Tom while in a trance that although her parents are worried, they will be pleased of her once she starts taking her new “gummies” to increase her intelligence. When the captives are killed, Isaac is horrified, and Zenzi flips out when she witnesses the destruction. She mentions that there are currently two deceased white men in the basement of a black billionaire. Eskol demonstrates a flash drive to Zenzi and Isaac so they can break into Susannah’s cloud storage. Tom visits Justin again. He enthusiastically inquires about Susannah’s impression of the Swiftsight while being utterly ignorant about The Road Back. Before scurrying off, Tom lies and claims she loved it. Tom hears the entire account of the gummies from Susannah. Her parents forced her to take them for years in the hopes that they would increase her intelligence, but all they accomplished was to permanently damage her liver, which will cause her death before she turns 40. She also says that Barton changed the gummie prototype into a far inferior one. Tom recalls his childhood vitamins that got him ill all of a sudden. Zenzi insists that Barton would never abuse Tom, but Tom admits that when he was 13 years old and Lorraine was away, he had an allergic response that required hospitalisation for something his father had never disclosed. One of the most harrowing and powerful passages in Tom Swift thus far deserves praise, and writers Erika Harrison, Tian Richards, and Ashleigh Murray should all be credited for it. Zenzi shares what Tom learned about the gummies as Isaac and Zenzi discuss their options. Zenzi respects his decision and doesn’t want to force him to assist his father, but she is aware that if he allows his father to pass away, he will come to regret it. Without his assistance, they will have to search for the other pieces on their own.