The Way Home Season 1 Episode 2: Alice discovers the past [Preview] 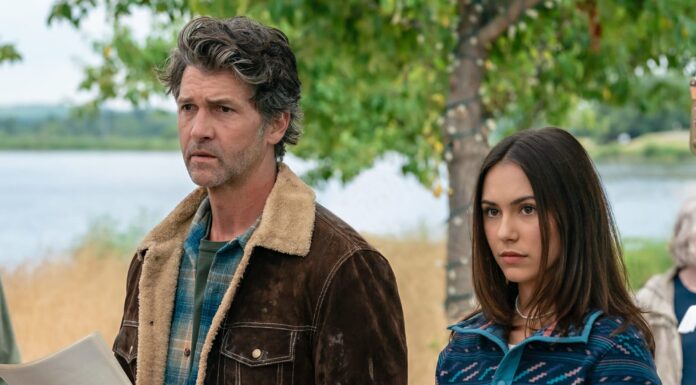 The Way Home, the newest series on Hallmark Channel, won instant admirers with its time-traveling twists and turns when it debuted last week. Upon receiving a letter from her estranged mother Del (Andie MacDowell) pleading with her to return home, Kat (Chyler Leigh) and her daughter Alice (Sadie Laflamme-Snow) decide to relocate back to Kat’s hometown. Alice, a teenager, feels uncomfortable at her new school as rumors swirl. Alice stumbles onto a pond on her family’s land as she flees her irritations. She immediately regrets throwing a prized piece of jewelry into the pond and dives in after it. When she emerges, she is in the past conversing with her mother as a teenager! She discovers more about her family’s history and the events that led to her mother’s estrangement from her grandmother when she spends time with a teenage Kat. Let us first take a look at what ’ The Way Home Season 1 Episode 2 has in store for us.  Here www.tvacute.com share with you everything we know about The Way Home Episode 2.

Kat gives some thought to accepting an opportunity to publish a book on the disappearance of her brother Jacob (Remy Smith) more than two decades ago in the episode of The Way Home titled “Scar Tissue” that airs this week. However, Del would like to put that chapter to rest and move on from the past. While everything is going on, Alice, with the help of Elliot (played by Evan Williams), is beginning to understand how the pond operates, all the while harboring a desire to travel back in time. Take a look below at the official preview that was released for this week’s show.