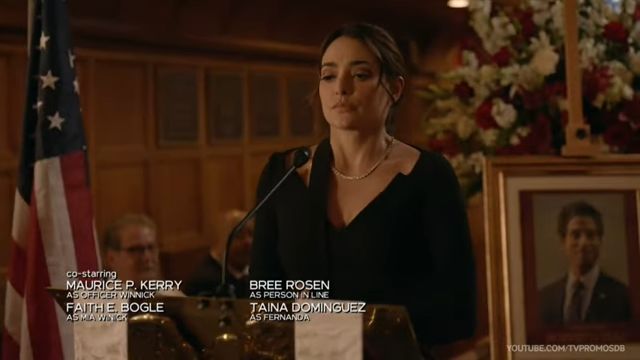 The previous episode of Ordinary Joe was long-awaited and answered many questions. the stories were delivered in flashback. About Joe’s first date with Amy, his love of music, his impending fatherhood, and why he joined the police department. The flashbacks have revealed Eric’s professional and relationship decisions. We saw, Diaz was arrested in the universe of Cop Joe, and that has implications. Uncle Frank showed up unkempt and homeless in Nurse Joe’s world. In Music Joe, the shooter killed Diaz. To learn more about the new series, Ordinary Joe eps- 7, read the recap below from www.tvacute.com, which will help you understand the episode better. This innovative and dramatic serial will return every week to provide us with a thousand feelings. What occurs in tonight’s Ordinary Joe episode 8, “Reset” What can we expect from the seventh episode? We’ll have to move on in order to see this.

Music Joe must comfort Amy after the loss of Diaz. He admitted to having a son, but Amy has her own secret. In the upcoming episode, she may have to tell Joe about the affair. while Nurse Joe must deal with Frank. Jenny’s father will accompany him to the hospital where he works. The Nurse Joe storyline may be tied to the Cop Joe storyline.  watch the promo below.

Ordinary Joe Episode 108 Synopsis: Music Joe struggles to support Amy through a devastating loss; after Cop Joe and Amy’s decision to turn Bobby in, they both face unexpected blowback; Nurse Joe helps someone from his past; Jenny tries to impress her law professor.

‘Ordinary Joe’ Episode 8 will release on Monday, November 15, 2021, on  NBC at 10:00 PM – 11:00 PM on Each episode should be around 45 minutes long. Ordinary Joe Episode 6 Online Streaming Options – If you have a cable subscription, you can watch ‘Ordinary Joe’ episode 6on your TV. Simply tune into NBC at the above time and date to see the series premiere. After its broadcast, the episode will be available on NBC’s official website and mobile app. Those without a cable subscription can watch the episode on Hulu Live TV, Xfinity, YouTubeTV, Fubo TV, and DirecTV. These include Google Play, Spectrum, iTunes, Amazon Prime Video, YouTube, and Vudu. The series will also be available to Hulu subscribers.

It’s Eric and Joe’s graduation day. Eric declares his desire to work in the food industry. His father is ecstatic. Joe is still undecided, so his mother and uncle both provide advice and contacts. Joe’s mother hands him a letter from his father, written at a time in his life when he was at a fork in the path. It starts with Joe staring at his leading ladies and his family. Joe is with his family four hours later, and he has chosen to ignore Jenny’s texts. Joe departs the party in the Rockstar Joe timeline because he has a date with Amy. While he’s in town, Gwen urges him to phone her conservatory contact. In the third timeline, Joe and Eric arrive at the lakehouse, where Joe notices Jenny holding a pregnancy test that she had been saving for him. Joe and Amy meet in a cafe.

Eric meets Amy in both universes at the same cafe, but only Rockstar Joe and culinary chef Eric strike up a conversation with her. Eric admits to Amy that he is bisexual, but he only dates individuals he likes, and the two get along swimmingly. Joe and Amy discuss Amy’s political ambitions, and he encourages her to contact Bobby. His Billy Joel audition at the conservatory impressed her. Jenny had no intention of becoming pregnant. It didn’t work with her schedule. Her father is furious and tries to bribe Joe. Joe’s mother is on his side. Uncle Frank wants Joe to join the family business and become a cop. Joe is encouraged to sing and play guitar as he wishes by Amy. Joe finds a letter from his father encouraging him to be bold and strong, so he resolves to sing with Amy, propose to Jenny, and join the police force.