The Flash Season 8 Episode 15: Will they be able to save Iris? 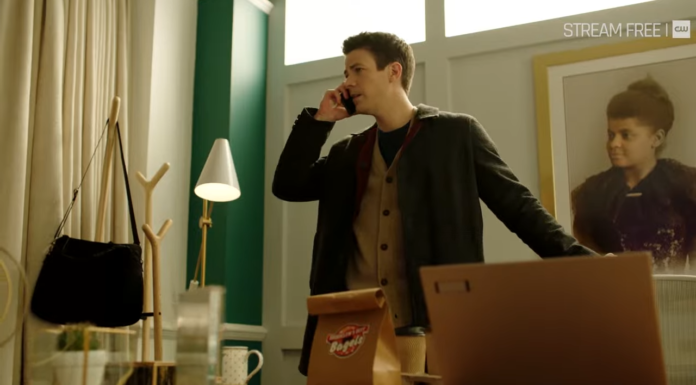 The release date for The CW’s superhero series The Flash season 8, episode 15 is on  May 18, 2022. The massive search for one of the main characters who has gone missing. Where is Iris West-Allen? What happened to her? Will they be able to save Iris? or will they have to let her go as well?

The Flash’s most recent episodes have been among the darkest and most dramatic of the year. The Flash season 8 tackled one of the series’ biggest antagonists with the introduction of Deathstorm as the latest big enemy, which culminated in the death of Killer Frost. The episode “Funeral for a Friend,” was primarily about Team Flash mourning the loss of a friend.  Read the recap below.  Do you want to know what happened on The Flash this week?   What you need to know before starting The Flash Season 8 Episode 15 is all about tvacute.com. In order to mentally prepare for the upcoming episode of the flash.

“Into the Still Force” is the title of The Flash season 8, episode 15 features a storyline that is highly intense and game-changing. The massive search for one of the main characters who has gone missing. Where is Iris West-Allen? Episode 14 acted as an homage to Frost, it also revealed the newest mystery surrounding another ongoing storyline. Iris vanishes for unclear reasons after finishing a conversation with one of her employees in the concluding episode 14. it suggests that The Flash is ready to delve further deep into the subject. Will they be able to save Iris? “Of sure, Barry and Iris will reunite, but how will it happen?” And who will they become when they reunite?  Iris’ time sickness has been progressive. since The Flash season 8 returned in 2022, as she and Barry struggle to figure out how she got sick in the first place.  Iris West-Allen has been suffering from a time-sickness since The Flash season 7, which has caused her to vanish from the timeline.

In the promo, Barry connects with Deon, who agrees to help find Iris, in new footage that teases Team Flash’s mission next week. Deon, on the other hand, makes it plain that things are about to become “strange” where they’re going. Jessica Parker Kennedy returns as Nora West-Allen, a.k.a. XS, according to the promo and synopsis. She was previously seen in episode 8×6.

Where to Watch The Flash Season 8 Episode 15

The Flash season 8 has seven episodes left. The Flash Season 8 Episode 15 will release on Wednesday, May 18, 2022, from 8/7con The CW.  You can watch the same episode the following day online on The CW app. If watching “The Flash” Season 8 live on The CW isn’t an option, there are various applications that will stream episodes. The CW is available on Hulu With Live TV, Fubo TV YouTube TV, and AT&T TV. Also available on Amazon Prime Video. The Flash season 8 will be available on Netflix around 8 days after their season finale airs. The show is still available on Netflix in the United States.

In episode 13, Frost gained a significant power increase and was able to absorb Deathstorm’s destructive abilities, but the experience left her feeling hollow. The event brought Team Flash to its lowest moment in years, with the superheroes shocked that another of their own had died. in episode 14, Team Flash is still noticeably shaken by the death of Frost (Danielle Panabaker), with each member dealing with their grief in their own unique way. Frost’s absence causes Team Flash to struggle. Allegra and Cecile join Flash in the field to apprehend Blockbuster, a bank robber who stole a powerful exosuit from Ivo Labs, but they are unable to apprehend him, and he flees using untraceable cloaking technology. Iris has trouble writing Frost’s obituary, but she is able to gather public tales regarding Frost’s good impact.

While Chester and Allegra debate how best to memorialize Frost, Mark imbibes heavily at O’Shaughnessy’s. Frost’s bucket list gets checked off by Barry. Caitlin understands that Frost’s voice lives on in her after being persuaded by Barry to attend the funeral. Caitlin welcomes Mark into her flat and vows to bring Frost back. Following Blockbuster’s loss, Flash discussed his new allies in the field with Taylor at CCC Media that night. Blockbuster reappears just as Team Flash is coming to terms with the loss of one of their own, and The Flash eventually defeats the armoured criminal. In the aftermath, Chillblaine discovers Caitlin stole equipment from S.T.A.R. Labs and collected a DNA sample from Frost’s body at the funeral. She’s determined to bring her sister back to life. The remainder of Team Flash, on the other hand, is preoccupied with other matters as Iris’ temporal sickness worsens and she is sucked into the Still Force. In a flash of green light, she vanishes.