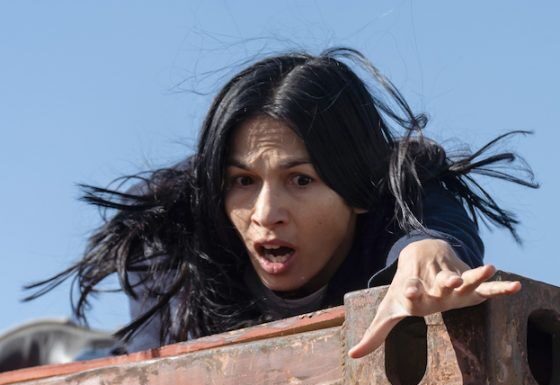 During the conclusion of The Cleaning Lady, which takes place over the course of two hours (episodes 11 and 12 titled “Sanctuary” and “At Long Last”),  The search for Luca’s medications leads Thony and Arman on an exciting adventure. Thony (Elodie Yung), Arman (Adan Canto), and Garrett (Oliver Hudson) come up with a strategy to eliminate Robert Kamdar (Naveen Andrews) once and for all while ensuring the safety of son Luca (Sebastian and Valentino LaSalle) and sister-in-law Fiona (Martha Millan).  (tvacute.com) Here is all you need to know about the conclusion of The Cleaning Lady Season 2 Episodes 11 and 12, in case you missed any of the exciting moments.

Luca De La Rosa (Sebastien and Valentino LaSalle) has a good time celebrating his birthday at the carnival up to the point where Joseph takes Thony De La Rosa (Élodie Yung) away. Nadia (Eva De Dominici) emphasizes to Arman the importance of maintaining a low profile. Thony makes a further inquiry about Robert’s whereabouts and offers to assist him with the drug trade. When Garrett confronts Thony, he notices that she has improved her ability to lie. The health of Luca changed. Thony, who was with Fiona when she brought her son to the hospital, once more did whatever it took to save her baby. They have come to an agreement that Luca can be seen despite the fact that he has a pre-existing ailment. Fiona is having a difficult time handling the paperwork for Luca. Nadia, in an effort to protect herself, accuses Thony of being a drug thief and throws her under the bus in the process. At the hospital, Thony can’t contain his anger and orders the staff to initiate a code white.

This time, it involved traveling with Arman Morales to recover the drug Luca requires from Robert Kamdar’s men before using hospital equipment to administer the non-FDA-approved medication to her child. After Robert’s men overhear Thony’s phone conversation, Arman opens fire on them so that Thony and her companions can get away with the medications. Luca recovered, but Thony was reported by his doctor. Thony was freed by Garrett Miller (Oliver Hudson) using the FBI informant card, but Fiona’s release was more difficult to secure. The doctor is responsible for Fiona and Thony being arrested, as well as the placement of Luca in a foster home. After Garrett has admitted that he still has things to work out, he and Katherine engage in sexual activity. It became impossible to stop Robert after Garrett was killed in a firefight, and Fiona was deported.

The demise of Robert Kamdar was also a part of the thrilling conclusion. He was killed by Armand and Nadia Morales . After killing Robert Kamdar, Nadia betrays Armand to seize control. so that Nadia, to whom he is still legally married, would inherit all of his riches. She then revealed to Armand, shockingly, that all that had been Robert’s was now hers, not theirs, leaving him with nothing. In The Cleaning Lady Season 2 finale ended, Armand and Thony were the only ones left as they set out to return Fiona to her home.