The Cause of Death of ‘General Hospital’ Stars Kristina and Jack Wagner’s Son Harrison has been revealed. 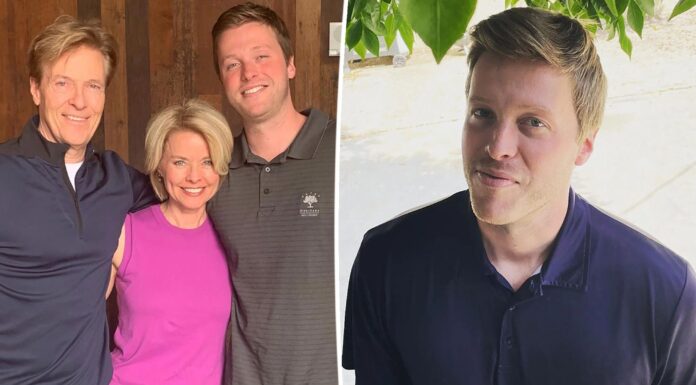 The General Hospital actors Kristina and Jack Wagner, who lost their son Harrison Wagner, 27, in June, are now receiving some closure on their heartbreaking loss.

Wagner’s body was discovered in a parking lot, and his official cause of death was unknown at the time. Harrison’s death was reportedly classified as an “accident,” with Fentanyl and Alprazolam (the generic name for Xanax) as the official cause, according to People, who acquired an autopsy report from the Los Angeles County Medical Examiner-Coroner officials. Wagner’s parents established the Harrison Wagner Scholarship Fund after his death and added the following tribute to their son:

Jack and Kristina Wagner established the Harrison Wagner Scholarship Fund in memory of their son Harrison Wagner. Harrison was a cheerful, outgoing young man whose grin made anybody around him smile. He left a large number of men and family members behind who adored him. We’re devastated that Harrison’s battle with addiction ended in defeat, but we’re hopeful that his memory will live on through this scholarship and assist other young men who otherwise couldn’t afford it get the addiction treatment they need.

On December 1, Kristina posted a photo to Instagram to mark the 27th birthday of Harrison, who passed away. “Sometimes I feel like a pinned butterfly,” she wrote. There isn’t a do-over. No more “seeing him again.” Nothing is there. He won’t be returning. It’s over. But life carries on, she adds. How will I fill the remaining hours of my own without Harrison? What does it mean to be “all right” after losing a kid or a blood relative? There will always be a pain. Harrison was born on this date. I had the honor of knowing him for 27 amazing years.

Harrison’s brother also paid respects by posting a memory of him on Instagram along with the message, “Happy Birthday to the best brother anybody could have..loved by countless, your presence light up rooms everywhere you went. How you radiated kindness, ambition, enchantment, vulnerability, and self-assurance, and how you inspired others.

“You were bigger than the universe. You inspire me every day with your amazing spirit. I believe that you are taking care of my parents, myself, and you, and your words “I got you buddy” mean the world to me. I’ll stand tall for you. you were to me as well.