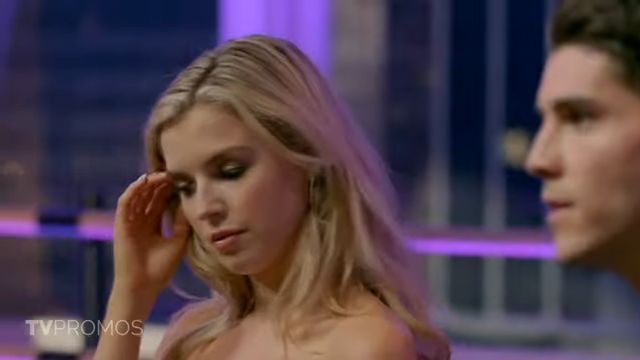 In The Big Leap Season 1 Episode 5, we learn who Sam’s father is. Simon has occasionally divulged tidbits about his life. Read the recap from www.tvacute.com below to learn more about The dancer’s dramedy series, The Big Leap eps- 5, which will help you understand the episode better. The series is halfway through its first season. and hasn’t made much of a mark in terms of ratings so far. Since the beginning, it has lost a few numbers each week, at least in terms of live viewers.  What can we look forward to in the sixth episode? In order to see this, we’ll have to move on. “I Should Have Gone To Motown,” is the title of the fifth episode, promises to be more interesting. A trailer for The Big Leap Episode 6 as well as a summary can be found here.

The Big Leap Episode 6 Synopsis: With the premiere of the show only a day away, Brittney and Simon get a surprise visit from their overbearing mother. Gabby and Brittney find common ground, while Justin and Simon grow closer. Meanwhile, the network tasks Nick with pulling together a live after-show, and the men of “The Big Leap” help Reggie navigate his romantic life.
Cast: Scott Foley as Nick Blackburn; Simone Recasner as Gabby; Teri Polo as Julia; Ser’Darius Blain as Reggie Sadler; Piper Perabo as Paula; Ray Cham as Justin; Kevin Daniels as Wayne; Mallory Jansen as Monica; Jon Rudnitsky as Mike; Anna Grace Barlow as Brittney Lovewell

The Big Leap Episode 6 will release on October 25, 2021, at 9:00-10:00 PM ET/PT On Fox. It will also be released on the official site of CW Network. Another option is Available; DirecTV, Fubo TV, and YouTube TV. VOD platforms like Apple TV, iTunes.

A lady pies Paula in the face while she is giving a speech about her job and keeping her image and identity of The Executioner. Paula informs Nick that she wants to tell Mike the truth behind Mike’s back, off-camera. Gabby, Justin, Simon, Brittney, and Reggie are all transported to Gabby and Justin’s high school. Reggie ends his relationship with Brittney in front of the entire room. They set up a meeting with Gabby’s favorite teacher, English instructor Curtis, who is reportedly Sam’s father. Gabby tells Justin the Curtis story. Paula utilizes the dancers to divert the producer’s attention away from her, causing her to be held up. Before she’s hauled away, Paula manages to tell Mike the truth.

Simon and Reggie have a lot of success. Julia gives the sound guy her husband’s guitar, which she intends to sell, and fantasizes about having sex with him, but then stops because she fears he will record her in some way. She is unable to sell the instrument. Gabby’s amazing choreography is performed by the students. Gabby makes the decision to take action against Curtis. Nick returns to Curtis for a second interview. Curtis is confronted by Gabby. In front of Mike’s pals, Paula apologizes to him. Gabby is the one who tells Sam the truth. Allen provides Brittney with information regarding Gabby and Curtis.