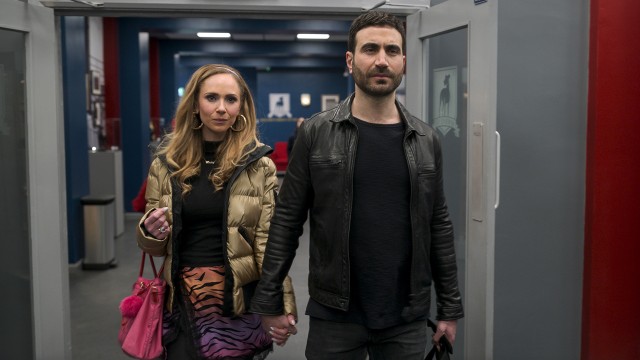 Season 2 of Ted Lasso is in high gear, with one of Apple TV+’s top shows returning for a new episode for fans to enjoy. Ted Lasso, on the other hand, deviated from the show’s typical story over the course of the season. The second season of “Ted Lasso” is becoming a study of bad parenting. We’ve already had a taste of the storyline, and we haven’t even gotten to Ted’s pivotal, possibly season-defining plot. It’s going to be a rocky night, so buckle up.  Now they are eagerly waiting for the next new episode. To find out what happens next, you’ll have to head over to the new episode 7, which is titled “Headspace”  You can check out the photo and synopsis with https://www.tvacute.com.

Ted Lasso Episode 207 Synopsis: With things turning around for Richmond, it’s time for everyone to work on their issues—like Ted’s discomfort, Nate’s confidence, and Roy’s attention.

Ted Lasso Season 2 Episode 7 has been released on Friday, September 3. You’ll need to subscribe to Apple TV Plus to watch it, as it’s not available on other services. Membership is $5 per month (£5, AU$8) or $50 annually (£36, AU$66). If you buy a new Apple device, you’ll only get three months of free Apple TV Plus service instead of a full year. Ted Lasso is not available on DVD or Blu-ray.

The show depicts the drawbacks of a flawless relationship in Sonny and Cher’s case. Keeley feels, at least. Living with Angry Yoda 24 hours a day, seven days a week, sounds exhausting, no matter how lovely Roy is. Nate is fascinated with social media, which has hailed him as a hero following the victory over Tottenham. His father, on the other hand, continues to disregard him completely. While yelling at different sections of the newspaper.
Ted is back in Sharon’s office, where he was last week when he slumped on the sofa. On the surface, he appears to be a lot better than the fetal mess he was back then.
– Rebecca and Jamie — would be new foils for Ted, having been so totally won over. However, this isn’t true. She hasn’t come to be assisted by Ted like the others. Ted is in need of assistance, and she has come to assist him. He’s obviously in need of assistance.

Ted will pay Sharon three visits this episode, two of which will end with him storming away violently in a non-Ted Lasso manner. We still don’t know what’s bothering Ted beyond his recent divorce by the end of the episode. However, Sharon’s function in the season performed by the great Sarah Niles once again is much more evident. Keep an eye out. Nate’s mental state has deteriorated more. His verbal and physical abuse of Colin, both on and off the field in the last episode, he referred to him as a “dolt.” Nate has two distinct moments of repentance in this episode, indicating that he may be resetting himself in a positive way for himself and others. In front of the whole squad, Nate apologizes to Colin.

Nate’s self-corrections, on the other hand, don’t seem to stick in his delicate brain. One scathing social media remark is all it takes to set him off. The episode’s other major plotline Keeley’s desire for a little “Me Time” away from Roy is a new one, and it appears to have been settled fast. Keeley and Roy, on the other hand, are most likely alright. The situation with Nate is worse. For the time being, the Rebecca-Sam fling is unresolved. Ted’s manic-depressive relapse also needs to be investigated further. 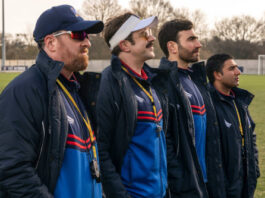 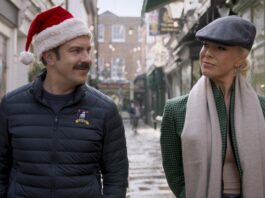 Ted Lasso season 2 Episode 4 Photos of “Carol of the... 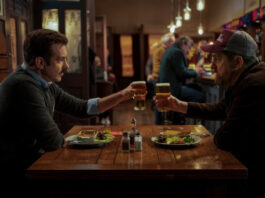 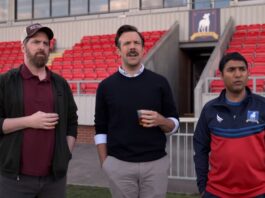 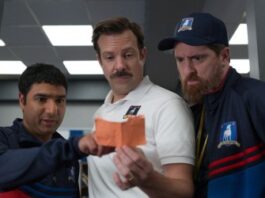