Get Ready for Tonight! Superman and Lois Season 2 Episode 1 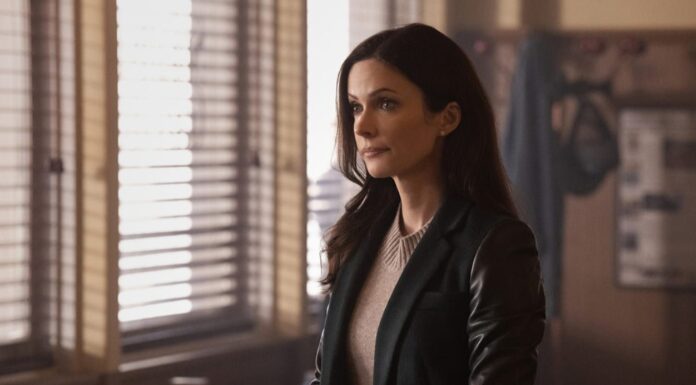 For a second season, Superman & Lois returns to our televisions. The Arrowverse is a reboot of the Clark Kent (Tyler Hoechlin) and Lois Lane (Elizabeth Tulloch) tale. If you haven’t finished season one yet, be aware that there are spoilers below. Apart from raising two adolescent boys, Superman’s biggest challenge in the first season of Superman & Lois was conquering Morgan Edge/Tal-Rho (Adam Rayner), which he did! in the first season of the Arrowverse series.

Natalie, the daughter another version of Lois had with John (Wole Parks) on his Earth, crashed landed onto the Kent farm, ending the season on a huge cliffhanger. Natalie was taken aback when she saw her mother standing beside the man who had allegedly murdered her. Season one was a lot to deal with, but the Arrowverse series’ family issues aren’t going to end there.  If you are very excited about the upcoming event, https://www.tvacute.com has the trailer, cast synopsis of Superman, and Lois Season 2 Episode 1 titled “Last Sons of Krypton”

The Kent family faces additional obstacles in the second season. Lois will have to deal with her own family difficulties including the entrance of her sister Lucy (Jenna Dewan). It will go into the Lane family’s past to explain “why Lois is the way she is.” On the football field, Jonathan faces new hurdles. John Henry Irons and his daughter Natalie try to settle down on this new planet.

Clark can hear trouble everywhere, but can he stop them all? #SupermanAndLois Season 2 premieres tonight at 8/7c! Stream tomorrow free only on The CW! pic.twitter.com/RV2aMoPgLl

A UK release date has yet to be announced, but we’ll be sure to let you know as soon as it is. We anticipate a long wait for the second season, given that the first season was only recently uploaded in its entirety on BBC iPlayer and aired weekly on BBC One in the UK. We’ll keep you informed about the UK release date as soon as it’s announced.

Tyler Hoechlin will take his place as Superman/Kal-El/Clark Kent, and Elizabeth Tulloch will reprise her role as Lois Lane. Meanwhile, Superman and Lois’ son Jonathan Kent will be played by Jordan Elsass, with Alex Garfin reprising his role as his super-powered brother Jordan Kent.

Wole Parks as the heroic The Stranger/John Henry Irons and Adam Rayner as the sinister Morgan Edge/Tal-Rho/Eradicator are also set to return. Sofia Hasmik, who plays journalist Chrissy Beppo, has been promoted to the main cast.

This season, Ian Bohen plays Lieutenant Mitch Anderson, who wants to bring Superman under his control, while Jenna Dewan reprises her role as Lois Lane’s younger sister, Lucy Lane, after her debut in Supergirl. Finally, after arriving in Smallville in the season one finale, Irons’ daughter Natalie (Tayler Buck) has been promoted to the main cast for the second season. Natalie aka Natasha Irons, like her father – who is her uncle in the comics – is one of the many heroes that use the codename Steel.

How many total numbers of episodes superman & Lois’ Season 2?

The CW, DC Entertainment, and Warner Bros. have yet to disclose the precise number of episodes in Season 2 of Superman & Lois.  Superman & Lois had 15 episodes in its first season, which aired from February to August (with a month-long break in April). Superman & Lois would run from January through April with no pauses in weekly episodes if Season 2 had a similar episode count.

Get a glimpse inside