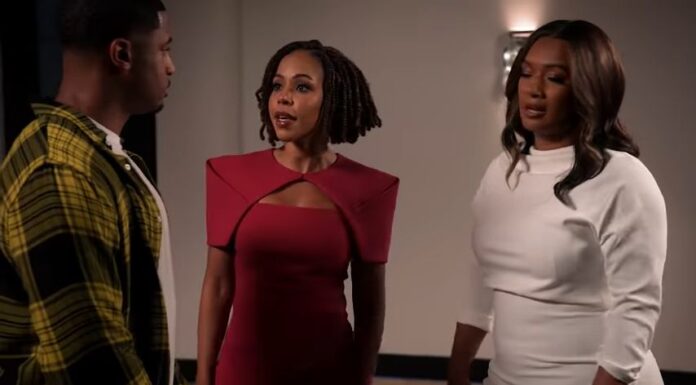 Tyler Perry’s comedy-drama Sistas looks like it’s going to get even messier in Season 4. We learned about it on Wednesday during the Season 3 finale, and it promises a lot of drama and heartbreak. You can watch it below! Sistas Season 4 is set to start on January 5 at 9/8c. It was renewed back in October.

During the trailer, Ebony Obsidian’s Karen and her unborn child are having a hard time because Zac Ellis is being investigated for his Wall Street dealings, which is very stressful for them. Fatima (Crystal Renee Hayslett), on the other hand, is being accused by Andi (KJ Smith) of threatening Hayden (Chris Warren).

Sistas, which premiered in 2019, is about a group of single black women who have to deal with love, work, friendship, and family in a world where social media and unrealistic relationship goals are common. During their 30s, this group of friends will have to deal with the new-age dating scene.

Perry is in charge of a lot of shows on the network with Sistas, like House of Payne, Assisted Living, and The Oval. He is also working on the new Sistas spin-off, called Zatima, which will have Ellis and Hayslett back as lovebirds Zac and Fatima. The show is set to air on BET+ in 2022.