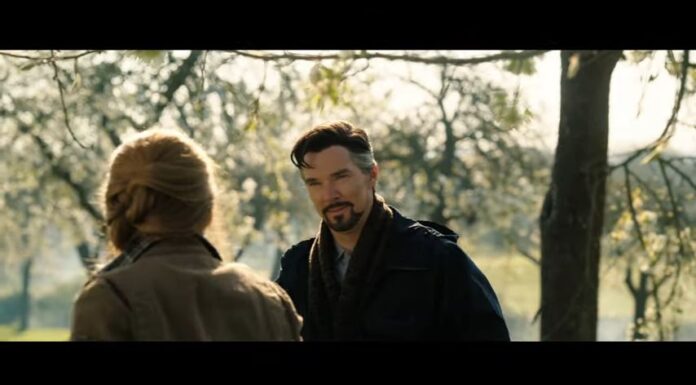 In the past, Marvel CEOs released projects and waited a long time before teasing the next one. Now their speed has sped up a lot. They’re now making project after project and giving us a lot of content. A teaser for Doctor Strange In The Multiverse Of Madness came out just as we were getting over the sweet shock that Spider-Man: No Way Home and Hawkeye had given us. Seeing Benedict Cumberbatch in a movie already looks like a good time.

The teaser for Doctor Strange In The Multiverse Of Madness ended with the introduction of Evil Strange, a version of the main character, which has piqued the interest of the Internet. Fans have reacted to the same on Twitter. Watch

Doctor Strange in the Multiverse of Madness will be in theatres on May 6, 2022, taking the place of Thor: Love and Thunder, which has been moved to July 8, 2022. In this case, it means that the sequel will now come out a year after it was supposed to come out on May 7, 2021, which was then moved to March 25, 2022. People should hope that this new date will last.

Of course, Benedict Cumberbatch will reprise his role as Doctor Strange, but we’ll see him first in the Marvel Cinematic Universe in Spider-Man: No Way Home.  And, as the first teaser indicated, he’ll have a dual function in the film, since Strange Supreme also has a role to play.

In the sequel, Cumberbatch will be joined by some known MCU characters, the most interesting of whom is Elizabeth Olsen‘s Wanda Maximoff. After the dramatic events of WandaVision, it was reported at Comic-Con 2019 that Olsen would be reprising her role as Wanda Maximoff, who we might perhaps now refer to as the Scarlet Witch. The WandaVision conclusion, according to Olsen, is a “full tee-up for my part” in the sequel. She did admit, though, that she didn’t get the Doctor Strange 2 story until two weeks before WandaVision wrapped.

Rachel McAdams as Strange’s sort-of love-interest Christine Palmer was widely expected to return, and it was formally announced in December 2020.

After the story summary had essentially confirmed it anyhow, Chiwetel Ejiofor announced in June 2020 that he’ll be back in the sequel as Mordo. The fact that he’s described as an “old friend turned enemy” suggests he’ll keep his dark turn from the first film’s post-credits scene.

Along with Benedict Wong in the role of Wong and Xochitl Gomez in the role of America Chavez, In addition, Michael Stuhlbarg returns as Nicodemus West, Strange’s rival surgeon.