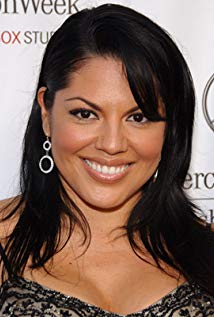 Sara Elena Ramírez is a Mexican American actress, singer, and songwriter . Born in Mazatlán, Sinaloa, she graduated with a fine arts degree from the Juilliard School. She began acting in Broadway productions.

Her debut with Paul Simon’s The Capeman, and later ventured into film and television roles. Ramirez is a recipient of a Tony Award, a Screen Actors Guild Award, and a Satellite Award, among other accolades.

Prior to “Grey’s Anatomy,” Ramirez starred in the Broadway production of “Monty Python’s Spamalot” as Lady of the Lake, for which she earned both a Tony Award for Best Performance by a Featured Actress in a Musical and an Outer Critics Award for Outstanding Featured Actress in a Musical. She made her Broadway debut starring in Paul Simon’s “The Capeman.” Later, she starred on Broadway in “The Gershwins’ Fascinating Rhythm” and “A Class Act,” and off-Broadway in “The Vagina Monologues.”

Currently, she is the voice of Queen Miranda on the animated series “Sofia the First” and can also be heard as Mamá Calaca in Disney’s animated series “Vampirina.” She has guest-starred on the television series “NYPD Blue,” “Law & Order: Special Victims Unit,” “Third Watch” and “Spin City.”

Ramirez has executive produced three films: “Loserville,” for which she sang the Michael Pemberton-penned theme song “Rollercoaster” at “TED Talks Live NYC”; the virtual reality film experience “Out of Exile: Daniel’s Story”; and “The Death and Life of Marsha P. Johnson,” a documentary about transgender LGBTQ+ civil rights pioneers Sylvia Rivera and Marsha P. Johnson that premiered in October 2017.

As voice for equity and inclusion, Ramirez was awarded the Ally For Equality Award by the Human Rights Campaign Foundation in 2015, and the Trailblazers Award by the New York LGBT Center in 2017. She has also been acknowledged by the City of Los Angeles as a bisexual, biracial Mexican-American activist and artist working across many intersections to advance equality.

In addition to her role as a member of the True Colors Fund’s board of directors, Ramirez serves as a member of the Biden Foundation’s LGBTQ Advisory Council. She supports many non-profit and community organizations, including but not limited to: the True Colors Fund, BiNet USA, ACLU, NDLON (National Day Laborer Organizing Network), Mujerez De Maiz, the National LGBTQ Task Force, and the Los Angeles, New York, San Francisco and San Diego LGBT Centers.