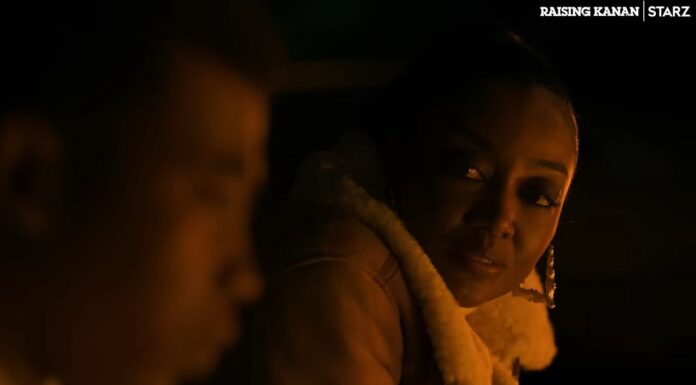 In “Power: Raising Kanan,” viewers of the original series were taken back in time to the 1990s to learn about the traumatic childhood of the character played by 50 Cent. When the young Kanan Stark, portrayed by Mekai Curtis, is introduced to the underworld for the first time, he begins to travel down a perilous road. Fans are now curious about how he came to arrive at the point in his life when he is a murderer, which has been predetermined for him. But now that the first season is done, what does the future hold for the youngster? Here is everything that we know about the newest character to join the Power universe at this point in time.
When can we anticipate Raising Kanan Season 2 to be released, and what date is it set for?

The release date of the second season of Power Book III: Raising Kanan is so close.   On Sunday, August 14, the Raising Kanan season 2 will begin to be made available on STARZ (and on STARZPlay in the United Kingdom). They will run once per week. We are well aware that there is a ton of content that we want to check out before we make our way return to this world.

What is going to take place in the Power: Raising Kanan season 2 storyline?

One of the most important things that we are contemplating right now is Kanan gaining a better understanding of what he wants out of his life and the opportunities that are currently available to him.  MeKai Curtis’s character experienced craziness, mayhem, and even some acts of violence during the first season. It is easy to lose sight of the fact that he is still just a child, yet that is exactly what he is. The promotional video that can be found below, does a wonderful job of giving you an idea of where things are headed.  Furthermore, what becomes of all of his family members and close friends? There are a number of characters we care about who don’t appear at all in the first season of Power, and we’re glad that we still have questions about some of these characters and the paths their lives will take in the second season.

After Kanan’s failed attempt to kill his estranged father, Detective Malcolm Howard, the second season of Raising Kanan will take up where the first left off. As season 2 progresses, Raq may come to the realization that she can’t completely shelter her son from the crime syndicate that is going on around him. At this point, all he needs to do is decide whether or not he wants to be a part of it. Is there a way that we may restore at least part of his childhood innocence? Or, would the prospect of sitting on the throne be too alluring for him to pass up?

The following is how the official synopsis reads:

“As we enter season two, Raquel Thomas has gained control over the city’s drug trade, but her son is slipping away. Kanan Stark returns to Queens uncertain of his future with the family business, and because of Detective Howard’s lingering secret, he’s even more uncertain of his past. “Kanan searches for the truth while Raq boldly expands the business into hostile mafia territory. Lou-Lou has other plans that revolve around his failing record label, but Raq isn’t about to let his side hustle get in the way of her expansion. “Although Marvin remains Raq’s loyal soldier, he struggles to earn Jukebox’s forgiveness and become the father he never was. The ties that bind this family are becoming undone, but Raq will stop at nothing to hold them together.”