What Is the Virus in Carter on Netflix? Is Carter Successful in Finding a Cure? 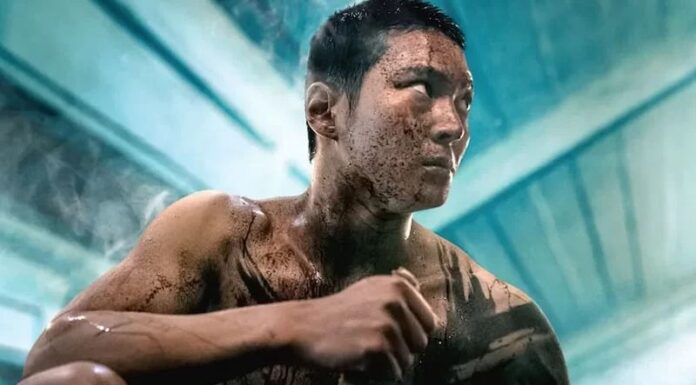 The fascinating, slickly edited Netflix’s “Carter” has lots of thrills for anyone searching for a good action movie. it is about an amnesic spy forced into a dangerous mission while looking for answers about his past. Carter follows the tattooed title character (Joo Won) when he wakes up in a gory hotel room with no memory and a voice in his ear giving him some extremely hazy survival instructions. The story is set in the aftermath of a virus that is turning people into savage killers. In the movie, Carter deals with the effects of a fatal illness. Viewers learn perilously little about the illness and its causes as Carter looks for a cure. Here is all the information you require if you’re curious about the virus’s origins and whether Carter discovers a treatment.

Who created the virus? What Source Did It Have?

Carter starts off with a lengthy introduction that is exposition-heavy, explaining that the Korean peninsula is currently dealing with a dangerous epidemic of the “DMZ virus.” The viral infection enhances violent tendencies in the infected and produces “animal-like actions.” The virus has a high mortality rate as a result, making it challenging to contain. A mystery voice is giving Carter instructions through an earpiece when he awakens. He is carrying a deadly explosion in his mouth, therefore he has no choice but to complete the task. The World Health Organization has proclaimed South Korea a virus-free zone as the virus causes havoc in the USA and North Korea. The virus is said to have its roots in the Korean Demilitarized Zone. However, the movie just shows how the infection transforms people into zombie-like animals. However, the film’s climax shows that the virus may have actually been a North Korean Lieutenant General’s scheme to overthrow the United States and South Korea and establish a new global order. However, it is unlikely that the illness was a part of a deliberate biological attack considering that North Korea lacks a cure for the virus.

Is Carter Successful in Finding a Cure? 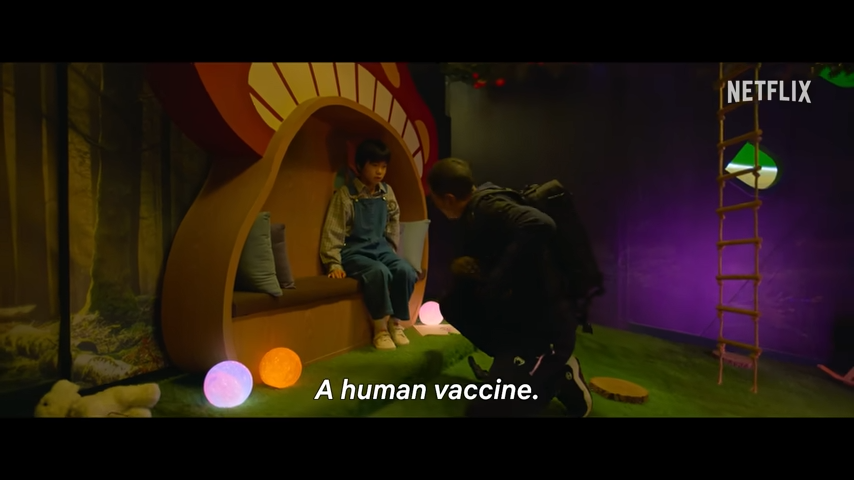 In the movie, Carter is tasked with locating and bringing Ha-na, a little girl, to North Korea.
Ha-na is the daughter of Dr. Jung Byeong-ho, who works at the Sinuiju Chemical Weapons Institute, as the voice in Carter’s earpiece explains. Using the blood of Doctor Jung’s daughter, Ha-na, who was cured of the DMZ virus infection thanks to her father’s research, leaders from North and South Korea are collaborating to develop an antibody therapy. Doctor Jung (Jung Jae-young) was meant to continue his study and mass-produce a treatment for the virus at the Sinuiju Chemical Weapons Institute, but he and Ha-na (Kim Bo-min) vanish during a transfer arrangement to North Korea.

Numerous infectious North Korean patients are also quarantined there. Han Jung Hee assists Carter in finding Ha-na. The only source of antibodies to combat the infection is Ha-na’s blood. Therefore, there is no chance of a virus cure without Ha-na. So, the CIA abducted Ha-na. Carter hunts after Ha-na while battling the CIA. Finally, Ha-na is reunited with her father, who is equipped to create a cure. Byeong-ho, however, is unable to mass produce the antidote since the group is compelled to take a train to China. He nevertheless develops a treatment that effectively revives Carter’s daughter. So, with the assistance of Hee and Byeong-ho, Carter discovers a remedy. The train is planned to enter the ocean in the movie’s closing seconds, though. As a result, the world will probably be doomed when Ha-na possibly dies and the cure vanishes.