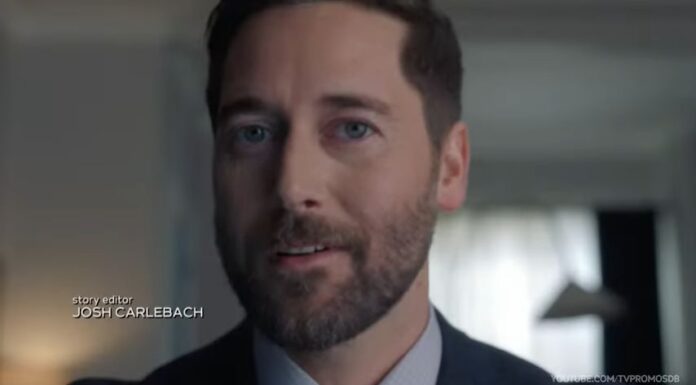 The winter premiere of  New Amsterdam Season 4 had a lot of great moments, like Wilder rallying the troops and performing an undercover surgery in the morgue. Helen and Max’s romantic comedy montage as they moved into their new apartment was also great.  Read the finale recap below. What will happen next? Tonight’s episode will only add to the tension between Max and Helen. You may receive a preview of New Amsterdam Season 4 Episode 12 Details at www.tvacute.com

We got a new episode tonight. with titled “The Crossover” show will take over. Max will be seen unable to help himself. When assisting a patient, he gets inventive, which leads to him stealing medical supplies from Helen’s office. Of course, she’ll understand why he’s doing it, but it won’t be pretty. Is London going to separate them? Meanwhile, without Fuentes’ knowledge, Bloom and Iggy will continue to figure out how to work with their patients. They’re all set for their revolution, but Reynolds is preoccupied with Malvo.

New Amsterdam Episode 412 Synopsis: Helen takes the reins at NHS Hampstead Hospital; Max gets creative to help a patient; Reynolds makes a decision about Malvo; Iggy and Bloom help their patients understand the underlying cause of their stress; Wilder employs unconventional techniques.

New Amsterdam Season 4 Episode 12 will release on Tuesday, January 11, 2022, on NBC from 10:03 PM – 11:00 PM. New Amsterdam will be available on Hulu and NBCUniversal’s own streaming platform Peacock the day after it airs on television. Note that only earlier seasons are available on the free edition of Peacock. Traditional cable/satellite pay-TV subscribers can watch New Amsterdam because it is an NBC show. A TV antenna can also take up local NBC stations. Of course, if you use newer live TV streaming providers. NBC is still prominent on major platforms including Fubo TV, Hulu with Live TV, Sling TV, Direct Stream, and YouTubeTV.

Helen and Max come in London and prepare their apartment for the arrival of Luna. They’re all having a good time. Fuentes is disliked by the other doctors at New Amsterdam, who shun and ignore her. She organises a last-minute department meeting and informs everyone that if they don’t show up, they would be fired. Trevor continues to hit on Iggy and refuses to admit that he has a husband. Lyn receives an ultrasound and is concerned that the baby will have spinal muscular atrophy. Baptiste and Floyd are both waiting for information about it, and it’s awkwrd. Lauren is still attempting to contact Leyla, but she isn’t answering her phone calls. To get away from Lauren, Leyla obtained a job at the VA. On her way to the hospital, she comes upon a man who has been struck by lightning. To maximise profit, Fuentes cuts more programmes and insists on additional operations, whether or not the patient requires them. She also mentions that they have a new head of Holistic Medicine, Mia, for whom the department has lost funding and other resources. In order to build an insurgency against Fuentes, Wilder organises a secret meeting in the mortuary.

The trio is hesitant to work with her until she gives a speech on how Max has inspired her and what he would have done if he had the opportunity. Despite this, they continue to shoot her down. Helen appears to be channelling her inner Max in her new work and doing well, but the numbers are down due to Max’s inability to handle things at the front desk. When Mia takes Lauren’s lightning patient, Lauren gets irritated. All of the inpatients with vocations in Iggy’s vocational treatment programme are released and become agitated. Lightning Guy believes he is cursed, and Mia believes she can help him by aligning his chi. Lauren conducts tests as Mia claims that her viewpoint is also valid, and Lauren discovers that Greg/:lightning guy has cancer. Floyd and Baptiste discuss the future and whether or not to leave based on the paternity test results for the child. Wilder comes up with a way for Iggy to formally hire his patients. He recognises that she is correct and that he is similar to Max, so he agrees to join her.

Lauren seeks help from Wilder after Veronica shuts down Greg’s surger. Wilder devises a new method of doing the surgery. Except for the Santa guy, Iggy may hire anyone. Lyn is irritated that the lads are undergoing a paternity test against her wishes. Max strikes up a conversation with the cancer patients in the waiting area, who express their dissatisfaction with the way the system is set up for them and offer to assist. Lyn believes she is miscarrying and dismisses Floyd and Baptiste, who are arguing over her care. Against Fuentes’ desires, Wilder and Lauren perform Greg’s procedure in the morgue, jeopardising everything. Max inadvertently starts a protest with the canceer patients in the clinic, just as Helen’s American healthcare proposals are being discussed by the head of NHS. Floyd and Baptiste informed the lab that the paternity tests should be destroyed, and they apologised to Lyn.

Mia, Greg believes, is the one who saved him. Iggy sets up an interview with Santa for her new employee, Veronica. Lauren, Iggy, and Wilder are all overjoyed with their victories. Mia, on the other hand, discovered that Greg had undergone surgery. Helen’s initiatives are repealed, and her money is slashed by Roderick. Despite the fact that Max had finally received his licence, she fires him and forces him to find another job, but she is terrified that he will resent her for it. He tells her how much he enjoys being there and with her.