Tonight! All American Season 4 Episode 4 “A Bird in the Hand” – Will Spencer’s future be affected without Toledo? 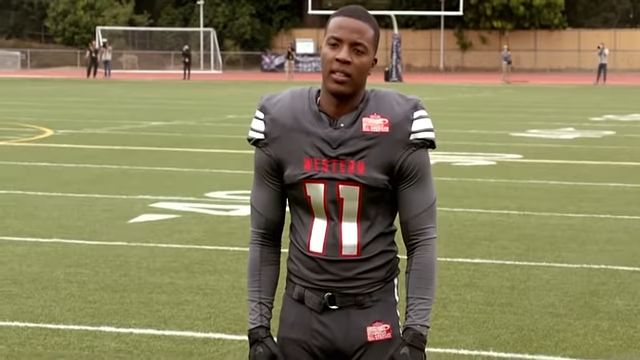 In the previous episode of All American Season 4, Coach Hudson wants Spencer to begin training this spring so he may play as a true freshman next season. Jordan plays his recruitment video for Billy, but no programs reply. Montes is coaching one team in the All-American all-star game after winning the state championship. Grace is bothered by the fact that Spencer and Billy are still at odds. Spencer and Olivia’s date begins with a trip to the arcade. Coop and Preach express their regret to one other. Aleta’s enraged reaction to Mo’s death is a source of concern for both of them. Spencer learns that the coach who recruited him has departed Toledo State. Will this change Spencer’s mind? To see this, you have to be ready to watch tonight’s new episode.  At www.tvacute.com, we have everything we know about All American Season 4 Episode 4 titled “A Bird in the Hand” from the premiere date to the spoilers.

In the fourth episode, “Bird in the Hand,” Spencer will be nervous to return to the field. and he’s still hesitant to play in the All-American game. Moreover, the absence of Toledo recruiters could jeopardize Spencer’s future at the university. An old friend comes to his aid. He will inspire Spencer to follow his instincts and enjoy the game without regard for the outcome. Olivia will apply for the LA Tribune summer internship. Layla hunting for a new performer to finish her album will also hurt Coop. In addition, Billy will present Laura with an exciting opportunity. Meanwhile, Jordan faces an existential dilemma. So why does no one recognize his talent?

All American Season 4.04 Synopsis: – THE UNKNOWN – With the All-American game approaching Spencer (Daniel Ezra) is feeling uneasy until an old friend says something to him that makes everything suddenly clicked. Olivia (Samantha Logan) applies for a coveted summer internship with the L.A. Tribune Online, but her test assignment takes a different turn than what they asked for. Jordan (Michael Evans Behling) questions why no one sees him as great and the answer he gets takes him by surprise. Coop (Bre-Z) feels betrayed by Layla (Greta Onieogou) when she learns Layla is looking for a new artist and makes some hurtful accusations. Meanwhile, Billy (Taye Diggs) discusses a new opportunity with Laura (Monet Mazur) that might just be too good to turn down. Ryan Zaragoza directed the episode written by John A. Norris

All American Season 4 Episode 4 will release on The CW on Monday, November 15th at 8 p.m. ET. You can also stream the show on live TV and VOD platforms such as YouTube TV, DirecTV, iTunes, Xfinity, Hulu LiveTV, Fubo TV, Spectrum, Google Play,  Microsoft Store, and Amazon Prime Video. Netflix users can also watch previous seasons. Season 4 will soon be available on Netflix, just like previous seasons of the drama, but not until after the season has aired on broadcast television. Season 4 of All American will premiere on Netflix in 2022.

Spencer realizes that he is running out of time in Crenshaw. Toledo University’s head coach wants him to start early, which means he’ll have to leave in a few weeks. Spencer, on the other hand, would not go without spending quality time with Olivia, so the two of them have devised a unique plan to commemorate their final days in town together. Jordan has yet to hear back from any of the universities, despite the fact that his videos have been out for two weeks. Coach Montes requests that Asher assist her on the sidelines for the All-American game, but he declines. Spencer attempts to strike up a discussion with Billy, but he is unresponsive. Later, we see him seek Grace’s guidance on how to get along with Spencer. Coach Montes informs Jordan that his medical statistics are alarming, which explains why no one has contacted him yet. Layla takes Asher to the studio in the hopes of distracting him from his difficult college essay, but they wind up kissing in the process. Asher tells Layla that her resolve to recuperate motivates him to improve himself. However, he also discloses that Coop is no longer able to work as an artist as a result of the shooting incident in which she has found herself. As a result, Layla has decided to finish the album with a different artist, which inevitably breaks Coop’s heart. Billy gets asked to be an assistant coach for the All-American game by Coach Montes. Spencer notifies Toledo of his impending visit, but by the end of the episode, the coach who recruited him has left the university.