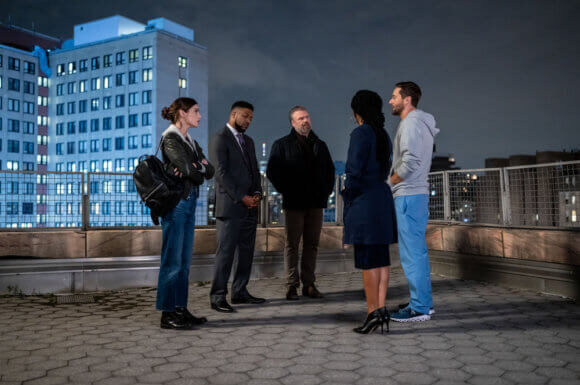 In the previous episode 7 of New Amsterdam Season 4, Max was involved in an ambulance accident, which led to a larger controversy. The incident resulted in the death of a patient who did not require an ambulance. Furthermore, it was discovered that the tragedy occurred as part of an attempt to compete with private ambulance firms, and Veronica was involved. What will happen after you’ve seen this episode? You may receive a preview of New Amsterdam Season 4 Episode 8 titled “Paid in Full” Synopsis at www.tvacute.com, which will help you understand the episode better.

NBC has released the storyline and promo for the next episode “Paid In Full.” Max may confront another hard dilemma in the upcoming episode. Dr. Fuentes will announce that she may fire three key team members. She intends to fire Drs. Bloom, Reynolds, and Frome. A confrontation between Max and Veronica is shown in the trailer. She claims the decision is due to a hospital financial issue. Meanwhile, the hospital is hit by a huge ransomware attack. Helen (Freema Agyeman) and Max will also be seen ready to leave.

New Amsterdam Season 4 Episode 8 will release on November 9 from 10:00-11:00 p.m. ET on NBC. New Amsterdam will be available on Hulu and NBCUniversal’s own streaming platform Peacock the day after it airs on television. Note that only earlier seasons are available on the free edition of Peacock. Traditional cable/satellite pay-TV subscribers can watch New Amsterdam because it is an NBC show. A TV antenna can also take up local NBC stations. Of course, if you use newer live TV streaming providers. NBC is still prominent on major platforms including Fubo TV, Hulu with Live TV, Sling TV, Direct Stream, and YouTubeTV.

Max is walking with Helen and reminds her that they haven’t talked about a lot of topics. They went from acquaintances and coworkers to lovers traveling to London in less than 24 hours. She believes that certain questions remain unsolved. Getting to meet his parents, for example. He reveals that when he was in medical school, his parents split. His father is a jerk who drove his mother all the way to Arizona to remarry. He is adamant that they will not be visiting his father or Arizona anytime soon. He then inquires as to what she would like Luna to name her. She asked him if she was her new mommy last night as he was tucking her in. Georgia, Helen responds, is her mother. She apologizes for what happened to Georgia before he departs and thinks it’s wonderful that he’s found a way ahead. For himself as well as his daughter. Max and Luna are cleaning their teeth at home. He then informs her that since they’re going to be a family, they should give Helen a special name. It can’t be “Mommy since she’s in heaven,” he explains. Helen, on the other hand, is right there. In Helen’s home country of England, moms are referred to as Mum. Helen is overjoyed when Luna addresses her as Mum.