Netflix’s 365 Days 3: What we know about the sizzling trilogy’s future 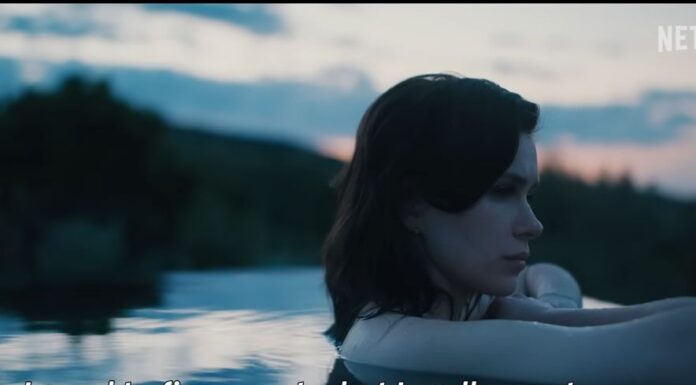 In August 2022, the “365 Days” film series’ concluding chapter will debut. The romantic relationship between Massimo Torricelli (Michele Morrone) and Laura (Anna-Maria Sieklucka) will be wrapped up in the film “The Next 365 Days.” There will be three movies because there are three books in the series. (tvacute.com) Here is all the information you need to know about about the franchise’s future is listed below.

The movies are adaptations of best-selling books written by Polish author and former cosmetics artist Blanka Lipiska. “Fifty Shades of Grey” served as inspiration for Lipiska while she wrote the trilogy. The movie will nevertheless include “sex, sex, and even more sex,” according to author Blanka Lipiska, even though Laura’s life may take a tragic turn in the book.

Will there be a fourth installment of 365 Days on Netflix?

In The Next 365 Days, who will Laura end up with — Massimo or Nacho?

[Netflix] The Next 365 Days Ending Explained: Who does Laura choose?

The third “365 Days” film was confirmed on Insta

Author Lipiska shared on Instagram that the franchise would continue with a third film, named “Next 365 Days,” when the ensemble came together to film “365 Days: This Day” in the summer of 2021.

The release is scheduled for August.

Massimo’s twin brother isn’t likely to return for the third film, though. Laura and Massimo run into issues when Adriano, Massimo’s long-lost twin brother, shows up in “365 Days: This Day.” Adriano, who is also portrayed by Morrone, was born 10 minutes after Massimo and believes that the mafia empire was stolen from him because he is not the heir. Massimo doesn’t even bring up his brother until after he marries Laura, demonstrating how deeply the two are estranged.

Laura thinks she sees Massimo cheating on her with his ex, Anna (Natasza Urbaska), but it’s Adriano because Laura hardly knows that Adriano even exists. Because she feels betrayed, Laura flees with Nacho (a change from the book, in which Nacho kidnaps her). The film concludes with a bloody standoff between Massimo, Nacho, Laura, and Adriano on one side and Anna, Anna, and Anna on the other. When the credits begin to roll, Massimo shoots his brother, and Anna shoots Laura, injuring her.

The cast is anticipated to come back in”365 Days” 3

Yes, the second movie’s climactic sequences leave Laura’s future in doubt. However, we may anticipate seeing Anna-Maria Sieklucka and Morrone again in the sequel. Additionally, Magdalena Lamparska and Otar Saralidze will appear as Massimo’s consignee Domenico and Laura’s friend Olga, respectively. In the second film, they become engaged.

The third book’s plot suggests that “365 Days 3” may have a gloomy one.

The third book in Lipiska’s trilogy, “The Next 365 Days,” is accessible to read in English and may provide a sneak peek at what to anticipate in the third film.

Under the official publisher’s synopsis, marriage and life are depicted as being in crisis: Laura’s life is a roller coaster because she is the wife of Don Massimo Torricelli, one of the most violent Mafia lords in Sicily. She is frequently in danger as a potential victim of Massimo’s ruthless adversaries, who will do anything it takes to bring down the strong man. Massimo must make the hardest choice of his life when Laura, who is pregnant and fighting for her life, is gravely hurt in an attack. Without Laura, what will his life be like? Will he be able to parent their kid by himself? What will happen to his family, whose 365 days may be coming to an end?

By not telling Massimo about her pregnancy at the end of the first movie, Laura loses the child during the attack in the tunnel. She experiences a second miscarriage in the second book. From there, things become considerably darker. Among the themes covered in the third “365 Days” book’s plot? Laura battles an addiction to alcohol. She needs a heart transplant, and because of Nacho’s contacts, he can get her the organ. Laura’s dog, Prada, is killed by Massimo and delivered to her in a box. After all that, Laura does end up with one of the major men and continues her sojourn in Sicily.

Filming for the second film took place in Sicily, where Laura and Massimo are from, and Poland. Given that they were shot concurrently, we can anticipate seeing more Sicilian perspectives in the third film, particularly now that Nacho (Simone Susinna), a rival gang leader vying for Laura’s affections, is in the picture.