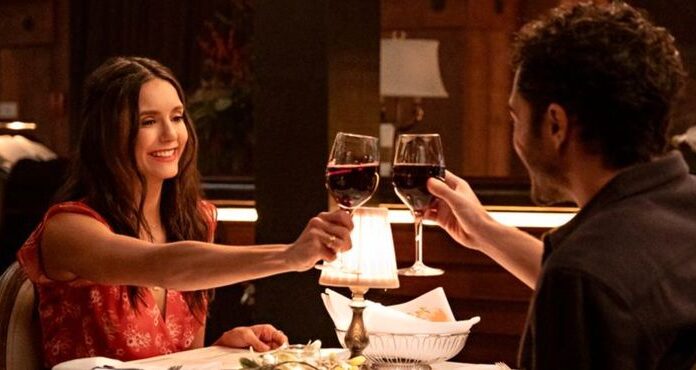 The holiday season is quickly approaching! And Netflix’s latest lineup of holiday pleasure, which includes the upcoming romantic comedy “Love Hard,” is nothing but encouraging. Netflix has published a few teaser images from the upcoming holiday romantic comedy Love Hard, starring Nina Dobrev from The Vampire Diaries. Natalie’s long-distance love interest is played by Darren Barnet in the film Love Hard, directed by Hernan Jimenez. Natalie tries to catch him off guard by flying across the nation for the holidays.  Love Hard appears to be a welcome rush of excitement, so tvacute.com provided all you need to know about its upcoming release!

When Will Love Hard Be Released and Where Will It Be Shown?

“Love Hard” was described as “When Harry Met Sally” meets the Cyrano-inspired “Roxanne” when it was first announced. “Love Hard” is a Netflix romantic comedy The story follows a woman from Los Angeles who meets a man on a dating app and then travels to the East Coast to surprise him for Christmas. The reality isn’t exposed until she arrives… she’s been catfished! Fortunately, her crush not only lives in the same town as her dupe but is also great friends with him. After she pretends to be his girlfriend for the holidays, the two make a deal: he’ll match her up with his pal. Because we all know that phony dating strategies always work out well.