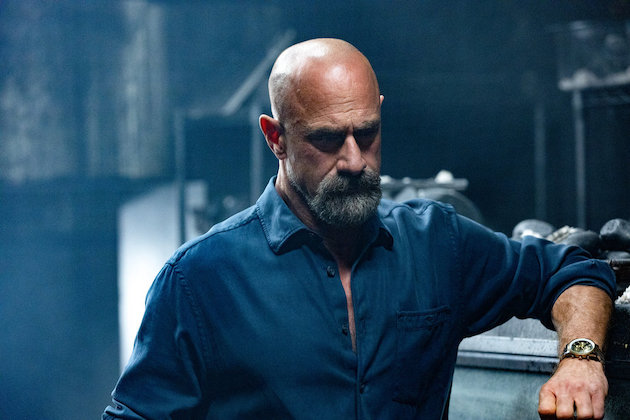 Stabler was having a difficult time in the two-hour Organized Crime, which is part of an SVU crossover. In the last week’s back-to-back Law & Order: Organized Crime, Stabler is doped with an unlawful narcotic and ends up at Benson’s door, out of his mind. Stabler makes progress with the KOs, as another cop loses his life in the line of duty. After the massive two-hour block, Law & Order: Organized Crime episode 4 is bound to be spectacular. There are a lot of questions that need to be answered moving into this season, and some of them will take some time to sort out. Take, for example, how Elliot and Benson’s relationship may change in the aftermath of the letter. If you’re interested in seeing what happens next on Law & Order: OC season 2 episode 4? You can see a synopsis with www.tvacute.com below, which will help you better understand the episode.

Law and Order: Organized Crime Episode 204 Synopsis: Stabler must face the music after crossing a dangerous line with Kosta; Bell and Jet devise a plan to secure intel from every criminal organization in the city; Flutura presents an invitation that’s too valuable to refuse.

Law and Order: Organized Crime Season 2 Episode 4 will release on October 7 at at 10:00 PM – 11:00 PM on NBC. This season will be divided into three arcs, each lasting roughly eight episodes, allowing the writers to delve into some intriguing subject. (HULU) Subscribers to services like Fubo, Sling, or YouTube TV. Fans who have access to Amazon Prime, Apple TV, or Google Play will be charged for each episode they view.

Stabler continues to try to gain a foothold with the KOs. He is summoned to the scene of a heinous murder, where he is instructed to set fire to the building in order to eliminate the bodies and any evidence that they ever existed. The next day, he tells everything to Bell, ignoring Brewster’s fear that the mob has followed him to headquarters. Stabler continues to try to gain the Albanian’s trust as Bell gets the squad to work. Reggie likes him, Albi tells Stabler, but he doesn’t. Outsiders don’t trust outsiders, and Stabler is one of them.

Meanwhile, Stabler’s mother has an incident when she slaps a young child at the duck pond and names him Elliot. She is taken into custody and requests that Stabler come to her aid. Bell fetches Stabler and takes her out of the cell. Stabler’s mother isn’t on the right medication. She switched them since she was OK. She refuses to go to the hospital, but she accepts to stay with Stabler and his family at their home. Stabler and Reggie are meant to meet Nova, a young girl who works for the Marcy Killers, when they return to work, but there is a drive-by gunshot. Nova’s girlfriend is killed, and Nova suffers injuries as a result. She refuses to tell Bell who killed Penda, but comes up at HQ soon after, revealing that she is Brewster’s UC, which he never told Bell about.

There is protocol, according to Benson. Stabler claims that he felt compelled to come here. The next day, Stabler wakes up on Bell’s couch. Bell’s wife is displeased with Stabler’s presence. Bell interrogates him about doping. She claims that if Benson reports it, he will be removed from duty. When they’re so near, he insists on not knowing. Albi is in need of a favor. He has a body and wants Stabler to make it appear as if the individual died in a fire. Stabler claims to have a superior plan. He transports the body to a cemetery where a number of John Does are interred.

Stabler was never here, according to Albi, and he never saw the body. Congressman Kilbride meets with Bell and her wife. Bell inquires about his involvement in the case. Stabler meets Reggie at the boxing ring, who believes Stabler no longer requires his services. Reggie, according to Stabler, is his man. He attempted to contact him, but the phone was inoperable. Reggie claims it’s a text message before being called away. A hit has been placed on John Doe who was killed. He appears to be a bit of a sidekick. Bell is perplexed by the situation. Reggie and Stabler are on their way to the diner. Reggie cautions him from speaking with Albi’s wife.

Bell meets with a member of Congress. She wants to meet with him alone, away from Denise. Bell is informed by Stabler. He wonders if Albi’s wife is aware that her partner was murdered by Albi. Jett informs her partner that Malachai is fleeing. She chases him down. Malachai has been apprehended. Albi’s wife is tracked down by Stabler. ddie has a question for her about Tristan. She claims she has never met somebody with that name. Albanian males, she claims, gossip more than Albanian women. Stabler is trailed by a black SUV as it enters a garage. Albi gets into his SUV and takes off his clothes. When another automobile emerges, Stabler ducks and then follows.

He eventually finds himself in a nightclub. Stabler is told to shut up and dig by Albi. Stabler isn’t going to be quiet. Tristan fell in love with Albi, and Albi shot him by accident, he believes. Bell appears. Nova wanted to marry Penda at this chapel, she realises. Nova introduces herself to Bell as Carmen. Hugo was the one who gave her the nickname Nova. Hugo approaches Nova and apologises for her girl. They’re back on track, according to Bell. Stabler returns to his own vehicle. Costa questions Stabler about why he didn’t take the girl with him. Albi had three girls in his room, according to Stabler. He receives an invitation to meet with Costa! 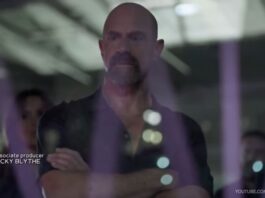 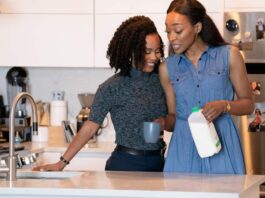