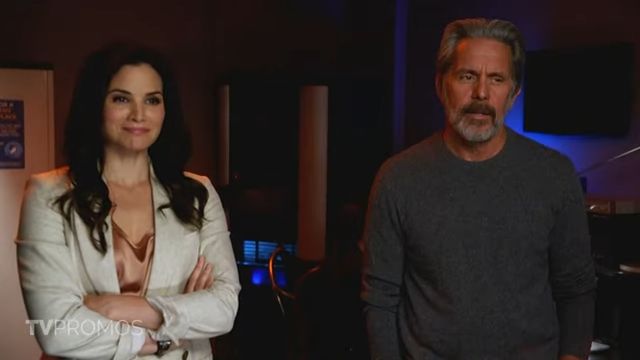 The previous episode of the CBS procedural was a little uncomfortable for us as viewers. At one point in the current NCIS, the team’s new supervisor, Alden Parker (Gary Cole), asks. “Would you prefer it if I just came in here to get agitated and bark orders?” But, just as we’re still getting to know Parker having him around as a consultant isn’t the same as being a member of NCIS – the rest of the crew is as well. And it’s understandable that Jessica Knight (Katrina Law) is having the easiest time adjusting: Gibbs (Mark Harmon) has never been her boss.  read the recap below. What will take place next? To discover out, we’ll have to dig a little deeper. NCIS Season 19 Episode 7 (www.tvacute.com) has everything you need to know, including the promo and release date.

Tonight’s NCIS season 19 episode 7 titled “Docked” appears to be a lot of fun! It provides insight into Tim McGee’s (Sean Murray) universe. We get to meet McGee’s mother-in-law when she’s entangled in the recent case. When a case happens on a cruise ship, nobody expects things to go personal. However, that’s precisely how it turns, and poor McGee is the one doing the interviewing. Does McGee’s mother-in-law will end up being the prime suspect? The episode will also feature a return of Delilah. Will she try to help even though she should keep out of it because it’s her mother’s case?

NCIS  Episode 19.7 Synopsis: NCIS investigates the death of a man on a cruise ship whose body is discovered in the ship’s sauna by none other than McGee’s mother-in-law, Judy (Patricia Richardson),

‘NCIS’ Season 19 episode 7 will air on CBS on November 8, 2021, at 9:00-10:00 PM, ET/PT. After airing on Tuesdays the previous season, the show will switch to Monday nights for the nineteenth season premiere. It will be available to watch online on CBS’ official website or Paramount+. You can also watch the upcoming episode on iTunes, Vudu, Google Play, YouTube, FuboTV, Amazon Prime (with a Paramount+ subscription), DirecTV, YouTube TV, Hulu + Live TV, Spectrum, and Xfinity’s VOD and Live-TV platforms.

Henry Davis, a naval officer, and coach was found dead in his office on NCIS Season 19 Episode 6. The NCIS team was dispatched to the scene to investigate. He was hit in the head with a bludgeon. It was surprising because he was well-liked by everyone, was a world-class athlete, and had trained some of the top athletes in the world. Navy Petty Officer Third Class Felix Cross was interrogated by Agents Torres and Knight. He was the one who tracked down Henry and was receiving personal training from him. Davis was murdered by a gunshot wound to the temple, according to his autopsy. It was strange because there was no obvious escape.

The medical examiner concluded that it could have been a blank round, with the projectile escaping from the blank bullet, instantly killing him. Parker and McGee examined Henry’s office and discovered a concealed compartment in his drawer with performance-enhancing medications. They assumed that the steroids were to blame. Their inquiry led them to speak with the people with whom Henry had the most recent conversations. Clark Anderson and Cindy Anderson, Jamie Anderson’s parents, were questioned. Henry’s previous mentee was Jamie. Jamie, on the other hand, was killed by a drunk motorist. The agents were irritated because they had to inquire about their son’s use of performance enhancements. Even the accusation would send shockwaves through the sports world. Torres re-interviewed Felix and administered a drug test. The man was enraged, and he eventually disclosed that he had recently witnessed Henry get into a confrontation with Navy Petty Officer Third Class Kyle Seward. The individual appeared to have lately bulked up significantly, and the crew assumed he was connected to the narcotics. Torres put up a sting operation to go undercover and chat with Kyle in order to sell him steroids. Kyle, on the other hand, tried to sell him filthy women’s underwear.

When he was brought in for questioning, it was discovered that he was selling soiled jocks on the internet and stealing his inventory from the locker room. Coach Henry apprehended him and told him to stop or he would report him. The investigation seemed hopeless until the team discovered Kyle was receiving threatening texts after the illicit website was shut down. They discovered a forwarding address from one of his buyers when they pulled that thread. When Parker and McGee arrived, they spotted a woman entering the premises. They introduced themselves to the woman, who ran inside. They rushed her down and readied their weapons, but she dashed inside a high-tech glass room and grabbed a lighter. She informed them that the area was pressurized with pure oxygen and that if they broke the seal, she would light a match and blow them all up. She claimed they were Chinese agents. Parker engaged the woman in conversation, causing her to look up his credentials on the internet. McGee hacked the computer system on the outside of the room and switched off the oxygen while she was away.

They were able to get entry and apprehend her. They discovered she was Astrid Fellowes after questioning her. She revealed that she was conducting genetic research while being interrogated. Kyle sold her secondhand clothing in order for her to obtain DNA for her research. She was working on an unlawful Crispr experiment to manipulate human genes in order to change and improve human genomes. Something the Chinese were experimenting with and wanted her to look into. Fellowes had a plausible explanation. Hines gave the players a boost after they came up short. She had tested all athletes from the base in the previous two years after looking through Fellowes’ findings. That meant they had access to people who were under the influence of narcotics. Jamie Anderson was the only one they found… Parker had deduced the truth and faced Clark. He charged him with the murder of Henry. Clark admitted to giving Jamie the steroids, and when the coach found out, he vowed to expose the cheater. Clark objected and went to Henry’s office to persuade him otherwise, but the man refused. Clark threatened him with the gun, but it was empty and he was merely attempting to terrify the coach. The gun went off as he flinched. The man was accidentally killed!