Next On: FBI: International Season 1 Episode 6 “The Secrets She Knows” 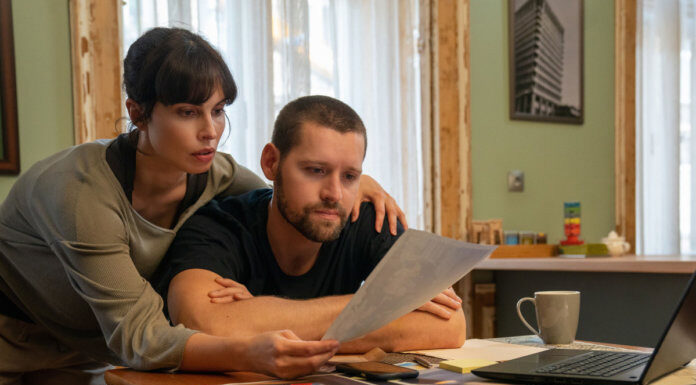 With a simple murder turning into a spy hunt, Special Agent Scott Forrester discovered long-ignored family ties in the previous episode of FBI: International. Read the full synopsis below. Fans of the FBI are eager to discover what the future holds for this team, their FBI profession, and their personal relationships. The summary and trailer for FBI International Season 1 Episode 6 titled “The Secrets She Knows” can be found at www.tvacute.com. As a result, you’ll be able to mentally prepare yourself for the next episode.

We begin with the title is “The Secrets She Knows” which is a story specific to Special Agent Scott Forrester’s character.  In summary, this is likely to be one of the season’s most engaging character-focused episodes. However, this story and case may bring back memories of his mother’s death. In this episode, it turns out that a US intelligence negotiator will go missing at some point. her flat will be looted and her blood will be everywhere! This shocking discovery will undoubtedly drive the FBI’s International team to investigate her whereabouts and try to locate her before the country’s nuclear secrets fall into the wrong hands.

FBI: International Episode 6 Synopsis: After a U.S. intelligence negotiator goes missing and her ransacked Paris apartment is discovered to be covered in her blood, the team is on the clock to find her before the country’s nuclear secrets fall into the wrong hands.

FBI: International Season 1 Episode 6 will air on CBS on November 9, 2021, at (9:00-10:00 PM, ET/PT) The show will air on CBS and will be streamed live and on-demand on the CBS app as well as on Paramount+. The first season is available on Amazon Prime Video.

With a simple murder turning into a spy hunt, Special Agent Scott Forrester discovered a long-ignored family tie. A big story gets worse Someone in Krakow, Poland (Kumbi Mushambi) got a text asking him to leave a cafe. After seeing a deceased maid in his hotel room, he took a suitcase from a safe and ran into the street. He coughed and collapsed after a dozen steps, dropping the bag. “I’m sorry,” the dead man’s phone texted as another man took something from his bag. The team briefing on the murdered journalist, Philip Blake, interrupted Vo and Kellett’s running in Budapest. It appeared to be Russian poison, while Jaeger noted that targeting an American would be a tremendous escalation. Kellett’s return to the field worried Forrester, but she was excited. In Krakow, the team encountered Alesky Zielinski (Pawel Szjda), an old acquaintance of Jaeger’s who works with the Polish counterterrorism division. He said they had a suspect, Alina Nowak (Magdalena Korpas), a Polish reporter who had spoken to Blake just before he died.

Alina was displeased to be speaking to Americans, claiming she and Blake had met on a prior assignment, but Blake wouldn’t elaborate. Her narrative had more to it, but nothing worth holding her for. When Forrester and Kellett arrived at the motel, Blake was alone. Raines stated the “poison” was a rare radioactive metal spread throughout the hotel room.  Kellett assumed something vital was in the room for Blake to return. Using a Geiger meter, the team discovered a room harboring the killers’ radioactivity. Noticing someone observing them, Forrester led Raines outside to entice the man out so they could grab him. However, Michael Rafferty (Aaron Serostky) did reveal the data file he had retrieved from Blake’s backpack. The FBI in New York told the team to let the CIA handle the data disc, which included thousands of files. Forrester urged Jaeger to contact old contacts. Piotr Efremov (Alexander Sokovikov), an old “frenemy,” cautioned Jaeger to keep out of this. With the help of a hidden file, Vo discovered Blake was exploring a groundbreaking top-secret Russian missile.

Julianna (Toni Belafonte), Blake’s widow, was convinced Russia had him silenced. Julianna revealed that Alina originally told Blake the story. They went to her flat, where Alina was frightened about “anyone who knows Dasha”. Tank barked a warning as the killers approached the building. Tank shot one of them as he tried to assassinate Alina in the bathroom, while the other escaped. So, Dasha? Rafferty validated the team’s belief that Dasha was a CIA code name for a high-ranking Russian military source who was being sought by Blake. When Forrester inquired why the CIA didn’t involve them, Rafferty sneered that he didn’t trust the son of one of history’s most notorious traitors. The Fly Team was on standby in case things went wrong, so Rafferty used Alina as bait to lure Dasha out.

The crew used Blake’s phone to contact Dasha and set up a meeting. Kellett suggested Vo masquerade as Alina, which concerned Vo.  A Russian assassin followed Kellett to a nearby church. She killed him with his own poison needle before the crew arrived. Raines recognized a man (Nicholas Gauci) as Dasha. He pursued, but Dasha eluded him. When Kellett tried to protect Dasha.  Forrester recognized Dasha was hinting towards a data drive tombstone. Rafferty arrived, seeking the drive that Forrester refused. Jaeger and Piotr agreed to keep silent. Jaeger let Alina go in exchange for not revealing Dasha’s existence, and Russia stopped targeting reporters. Julianna was displeased but believed Philip would prefer other journalists. Forrester gave Rafferty the drive, and Rafferty gave him a portrait of Forrester’s mother in Moscow.