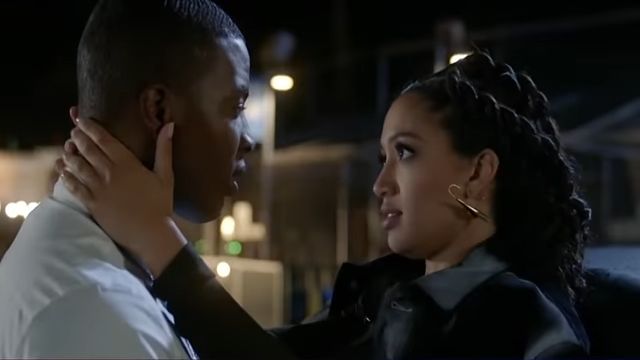 This one has a lot of interesting twists and turns, but at the heart of it, Spencer will have to make yet another major decision. Spencer will be invited to join the Toledo State College training sessions in the upcoming episode by their coach. Spencer will have to leave in two weeks and spend his senior year practicing as a result of the offer. He’ll have to choose whether to practice or stay behind and spend his final days of high school with the people he cares about. Jordan will, in the meantime, continue to be surrounded by his insecurities. In the next episode, he will be concerned about his chances of being hired. To get out of this bind, he’ll need Billy’s help. Furthermore, we will see some moments between Olivia and Spencer. Furthermore, with Coop’s help, Asher will be confident in applying to all of the colleges. Just reading full synopsis below,, it will appear that everyone will be hurting in some way. but this episode will still be about a foundation.

All American Season 4.03 Synopsis: – NEW PATHS – With Spencer (Daniel Ezra) having to make yet another big decision, he chooses to spend time with the most important people in his life. Olivia (Samantha Logan) tries to balance her desire for intimacy with the commitment she made with herself regarding her sobriety. Jordan (Michael Evans Behling) is worried about his recruitment possibilities and turns to Billy (Taye Diggs) for advice. Asher (Cody Christian) contemplates his next move and finds inspiration from someone unexpected. Meanwhile, Grace (Karimah Westbrook) is fed up with Billy’s behavior and decides to confront him. Kelli Williams directed the episode written by Robert D. Doty.

All American Season 4 Episode 3 will release on The CW on Monday, November 8th at 8 p.m. ET. You can also stream the show on live TV and VOD platforms such as YouTube TV, DirecTV, iTunes, Xfinity, Hulu LiveTV, Fubo TV, Spectrum, Google Play,  Microsoft Store, and Amazon Prime Video. Netflix users can also watch previous seasons. Season 4 will soon be available on Netflix, just like previous seasons of the drama, but not until after the season has aired on broadcast television. Season 4 of All American will premiere on Netflix in 2022.

Olivia is worried about Spencer’s and her father’s feud. Spencer promises to speak with Billy. Jordan admits that Spencer is in difficulty with Billy because of his training. Spencer is addressed by Olivia, who is accompanied by Billy. For Layla’s 18th birthday, the Bakers arrange a surprise breakfast. Patience has the impression that Coop is shutting her out. At school, Layla receives yet another birthday surprise. Layla wishes that her birthday celebration be scaled back, but her pals aren’t sure what that entails. Asher is referred to a cardiologist by Coach Montes. J.P. makes a blunder by giving Layla a tiara. Coop’s decisions are causing Patience’s father distress. When Billy swings by the Baker residence to pick up Olivia, he ignores Spencer. Gwen and Montes disagree on Asher’s appointment. Jordan knows that Billy holds him to a lower standard than Spencer.

Coop is having trouble in the studio. Jordan confronts his father about Billy showing more respect for Spencer than he does for him. Patience confronts Coop about how she was left out of Coop’s decisions. Coop says that the doctor advised her that she might never fully heal from getting shot and that she won’t be able to rap again. Olivia coerces Billy and Spencer into having a conversation. Spencer inquires as to why Jordan has not approached him. Layla is just putting up with her party, so the boys arranged up a student to dance for her. Patience informs Spencer that Coop is still unable to perform due to medical difficulties. Laura expresses her agreement with Jordan’s judgment to Billy. She tells him that he, too, returned to the field too soon. Spencer pays a visit to Layla. Asher discovers that taking steroids caused his cardiac condition. Layla reminds Olivia that she needs to be completely honest with herself about her feelings. Patience’s dream is no longer alive, according to Coop. Layla and J.P. go shooting. Jordan and Billy reconcile.