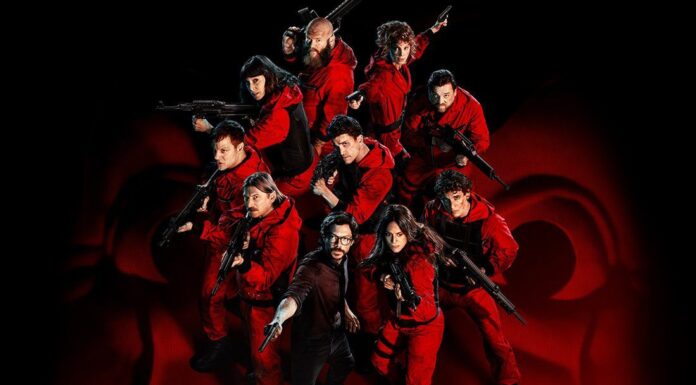 It was time to bring in the remaining materials for Money Heist Part 2 after exhausting the emotional graph in Part 1. The gang was shaken by Tokyo’s tragic death, but only for a short time. They returned to their original mission of obtaining gold from the Bank of Spain, a goal that had now become a tribute to Tokyo and Nairobi. The Professor gathered his belongings as well, for the immediate mess that Alicia Sierra had left by exiting his cave needed to be cleaned up. Colonel Tamayo appears to be as lost as we had anticipated. But there’s more from him this time.

Palermo is back in control to show why he is the right man for the job. We’re transported back to a period when he and Berlin would rejoice every time they overcame the tiniest stumbling obstacle while plotting the near-impossible crime. While Part 1 focused on Tokyo’s “many lives,” Part 2 delves more into Sergio and Andres’ loss of their father.

We knew Part 2 would bring the story to a close, so tying up some loose ends as expected. Denver-Stockholm-Manila reaches an agreement. And so starts The Professor’s feud with Alicia Sierra. A Deja vu moment occurs as the Professor proposes to Raquel while tied and dangling. Some notable episodes included Berlin’s sadness, Benjamin taking command in The Professor’s absence, and Arteche in action. Unexpected fan speculations have come true, as well as some surprises. Sagasta, Rafael, and Tatiana were among the characters I expected to see more of. However, the filmmakers chose to focus on the most important plot points from their characters rather than wasting time on them.  And just when the audience was about to give up hope for the gang’s survival, we were treated to a slew of unexpected turns. The Professor walks into the bank, but not in the way we expected. When the gang sings “Bella Ciao” one more time, we get some chuckles, ‘Pamplona,’ and happy tears.

The most noticeable takeaway is the gold grains making their way to the drainage tank. Actress Ursula Corbero expressed her desire to return in flashback “partying” with her fellow robbers in one of the BTS videos, and she did so. She even got The Professor to do a little dance! Money Heist 5’s freshest episodes, like those from prior seasons, will keep you glued to the screen. The program has pampered us with heart-pounding sequences and actions that keep us on the edge of our seats. This time, too, the mood is the same.

How frequently do you find yourself rooting for the villains while cursing the heroes? Money Heist’s core idea was delivered to the very end, and we guffawed as the gang walked away with the gold in their hands. The goal wasn’t to leave the viewers to decide if the season was good or awful. The writers, like us, understood all they had to do was tie up the loose ends, complete the circle, and bring the story to a satisfying conclusion without going overboard. The answers to what they did and why they did can be found in all five seasons combined. We only needed to look for a nice viewing experience, bittersweet moments, likable characters, and a show that had kept us entertained for years. That was accomplished through Money Heist. And we’re smiling, despite the fact that it’s still sinking in that one of Netflix’s most popular shows has just ended.