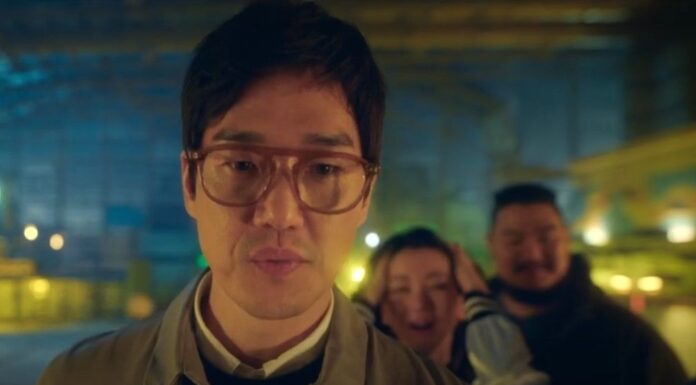 The Korean Peninsula is the setting for a new adaptation of the Spanish cult thriller, “The Professor,” in which a guy by the name of the Professor gathers a crew to rob the Korea Unified Mint. Money Heist: Korea’s first episode, which is effectively a remake of the original La Casa De Papel (the original title is far better than Money Heist! ), sets the stage wonderfully. Given the enmity between North and South Korea, there are some noticeable variances, and this puts the war in a rather intriguing light.

A surprising announcement opens Money Heist: Korea’s first episode. It has been possible for South and North Korea to reach an agreement to reunite, with a single currency and no more hostilities. In 2025, a large number of individuals leave Pyongyang and travel to Seoul. The railway cars are filled with hope as everyone feels they are headed to a better life, and many of these men and women are joyful. Tokyo, the main character, is thrust right into the heart of capitalist Korea, where her immigration officer has lied about the accommodations she has.

Tokyo feels unfulfilled in her new life, and to make matters worse, she discovers that loan sharks are preying on helpless young women as a result. Given that she served in the army, Tokyo is accustomed to this kind of hatred, and she eventually puts an end to everyone. She then decides to take a piece of the action after realizing that thieves are the ones who make the most money. She decides to take the money out of the open safe for herself, creating a magnificent prologue for the story that will come. After that, we jump ahead a year. Police have identified Tokyo after finding numerous instances of her carrying out identical robberies for different loan sharks. 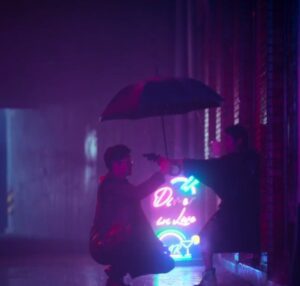 Tokyo is alone outside, rubbing blood from her hands, having lost her boyfriend and having nowhere else to go. She chooses to finish it all with her last bullet. She is thankfully saved by The Professor, who appears and recruits her with the promise to transform the world. We meet The Professor’s students, who all have names derived from different cities, just like in the first season of the show. The team is made up of a mix of people from North and South Korea. Of course, there is also the famed Berlin, who is also the most sought man in North Korea. Having names sorted, we discover From those who want to see the rich get richer and the poor get poorer, the professor plans to take 4 trillion won. The Unified Korea Mint is their intended victim.

Five months later, we get a peek at how this Mint operates on the inside. On the verge of a summit, commemorative coins are about to go into circulation, but that will soon be history in light of what is about to occur. A police convoy is held up at gunpoint by our assailants as barricades are erected on a dam with the Professor pulling the strings. They grab their clothes, put on their disguises, and are ready to raid the Mint after evading the police. Moscow orders everyone inside the Mint to get down while holding them up at gunpoint as the group moves through the building. The Professor keeps this operation going while Rio stops the security and freezes the electrics.

Tokyo, Berlin, and Nairobi form a group in the main atrium where they hold everyone at gunpoint while blindfolding them. Berlin controls the flow of traffic while persuading Misun, the woman the Mint Director is having an affair with, to call headquarters so as not to raise any red flags. Moscow enters the safe in the basement and discovers all the cash stacks. Now, this plan includes purposefully getting apprehended by the police. They plan to “retreat” back inside while they wait for the police to arrive before carrying out the next part of their strategy. As Rio is shot in the ensuing skirmish, things don’t go quite as planned. The group grabs Rio and moves back inside while using smoke bombs to evade shooting. As a result, North and South Korea have joint discussions and choose Yun Chansu as the head of the JEA police to command a task force composed of both North and South Korean soldiers. 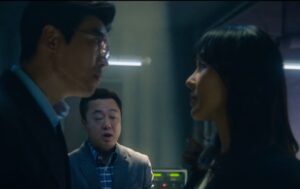 The entire world is watching because this is taking place in this special location. A knowledgeable woman with experience resolving conflicts, Woojin is a member of that task force. She assumes control and dismisses the idea of a full-frontal assault considering the number of captives present. Naturally, this instantly escalates resentment between Captain Cha Moohyuk, a North Korean, and Woojin. Woojin continues to speak with the Professor while attempting to open conversations with people inside. However, given the ongoing tensions between North and South Korea, it is a precarious scenario that the Professor is taking advantage of. When the Professor finally gives up, Captain Cha ultimately decides to send in the entire military force. However, the Professor is shrewd since he foresaw who would be appointed to lead this task group and has done so in advance.

Given that the professor is genuinely dating Woojin, they were well aware of their relationship. This allowed him the opportunity to predict the arrival of a major military raid and identify five potential entry points. The group dresses up all the hostages and uses them to their advantage as they beg the military to continue negotiations live on television. Captain Cha cancels the assault as a result, and they resume their original strategy. The key surprise in this story, of course, is that people working at the Mint truly want to produce their own money. They are waiting and plan to vanish from sight before authorities can find them. But for how long will they be able to endure?