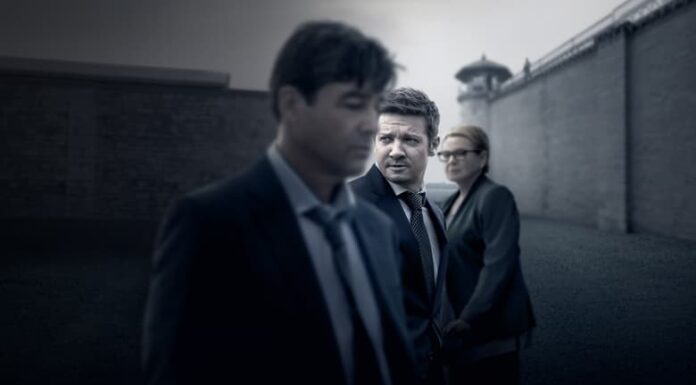 The drama series Mayor of Kingstown, about a strong family in the prison business, premieres Nov. 14. The official synopsis for the new episodes of Mayor Of Kingstown Season 1 has been released by Paramount Plus. The summary and trailer can be found at www.tvacute.com. Hugh Dillon and Taylor Sheridan, co-creators of Yellowstone, are behind the show. Sheridan is also the creator of 1883, a Yellowstone spinoff that will premiere on Paramount Plus on December 19. There are ten episodes in total.

The first episode titled “The Mayor of Kingstown” was directed and written by Taylor Sheridan.

Mayor Of Kingstown  Episodes 1 Synopsis:  Brothers Mitch and Mike McLusky navigate Kingstown, home to multiple prisons, as they act as the liaisons between prisoners and the community. When a young guard, Sam, is set up to deliver a letter for a prisoner, Mike works to get him off the hook.
The first episode titled  “The End Begins” was written by Taylor Sheridan and directed by Ben Richardson

Mayor Of Kingstown  Episodes 2 Synopsis: Local gang leader, Bunny is upset when one of his guys gets taken off the yard. Mike brokers a deal, and is later visited by two FBI agents whom Mitch worked for. Milo has instructions for Josef on how to get closer to Mike.

Mayor of Kingstown follows the McLusky family, power brokers in Kingstown, Michigan, where the business of incarceration is the only thriving industry. “Tackling themes of systemic racism, corruption and inequality, the series provides a stark look at their attempt to bring order and justice to a town that has neither,” according to Paramount Plus.