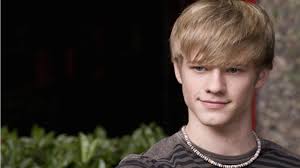 Lucas Till an American actor. He began acting in the early 2000s and has appeared in a number of film and television productions including roles on House, Stoker, Dance of the Dead, Hannah Montana: The Movie, and Monster Trucks.

He is known for his role as Havok in the X-Men series starting with 2011 X-Men: First Class and plays Angus MacGyver in the 2016 reboot of the television series MacGyver, which premiered in September 2016.