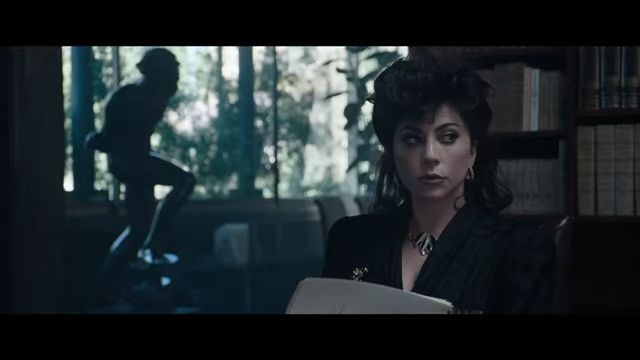 Lady Gaga is tearing down the house in Ridley Scott’s soapy murder thriller movie ‘House of Gucci’ , according to the latest exclusive trailer from distributor MGM. Watch the new trailer below which, releases the film in theatres on November 24. Roberto Bentivegna wrote the screenplay, which is based on Sarah Gay Gorden’s novel “The House of Gucci: A Sensational Story of Murder, Madness, Glamour, and Greed.”  Ridley Scott, whose medieval epic “The Last Duel” was released less than two weeks ago, is directing the production. While his previous picture starred Jodie Comer, Matt Damon, and Ben Affleck, this one does not. For more updates check (tvacute) the search section.

The new teaser shows the first meeting between socialite Patrizia Reggiani (Lady Gaga) and the lavishly wealthy Italian family, which she is accompanied by her husband Maurizio Gucci (Adam Driver). The true story of Maurizio Gucci’s assassination and the fall of the Gucci fashion dynasty will be told in “House of Gucci.” Reggiani was found guilty of planning her ex-murder husband’s in 1998. The trailer shows off the grandeur and menace of the Gucci family’s high fashion world, with wild disco sequences, a blindingly white ski trip, and the film’s fatal end.

A new trailer, sweeties 💋 #HouseOfGucci – only in theaters This Thanksgiving pic.twitter.com/4zVhazUo2N