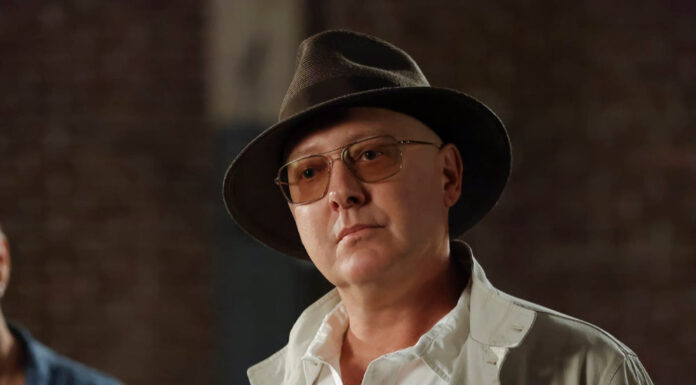 NBC’s The Blacklist season 9 is back without its star actress Megan Boone and creator Jon Bokenkamp. It’s just been a few months since Elizabeth Keen was killed on the street, just as she was getting closer to revealing Red’s identity. But, as revealed in Season 9 debut, it’s been two years since Liz died. The FBI task force has disbanded, and Red’s living in Havana.  Ressler, who was far away from the pain of his loss. He blamed Raymond for Liz’s death, which isn’t reasonable. Red (James Spader) was the one who introduced her into his universe. Liz, on the other hand, wasn’t right by the end, owing to her losses along the way, and she made some pretty awful decisions along the way, such as the ones that led to her death. Continue reading about episode 1 by scrolling down the page. The series is still going strong after an eight-year run, and it has a loyal and devoted fan base. Needless to say, none of them relishes the prospect of missing one episode. You’ve arrived at the right place to acquire The Blacklist Season 9 Episode 2 synopsis and promo at www.tvacute.com.

As we wait for The Blacklist season 9 episode 2 titled ‘The Skinner: Conclusion’ on NBC tonight, we’ve been wondering will Red join the team? we know Reddington is the series’ lead. in the premiere resisted returning to the Task Force because he knew it would bring him misery. According to the photos, Reddington will be back! yes! Ours the old Red with his hat. As He took off his hat when Liz died. Red has rejoined the team but needed a much-needed boost. The Task Force members will struggle to reclaim their previous duties after a long hiatus. To catch the evil criminal, all members must do their jobs well. Cooper may decide to relax his limitations on Agnes and Red’s contact. Ressler is expected to take Liz’s place as the group’s sane voice.

The Blacklist Season 9 Episode 2 Synopsis: “A kidnapping poses a test for the capabilities of the task force as they contend with a mysterious pirating organization.”

Do you think the Task Force will be again ‘Official?’

Is it time to talk about the Task Force again as we await The Blacklist season 9 episode 2 tonight? We know Park, Aram, Cooper, and Ressler are all working together again. But it doesn’t feel appropriate to call it an FBI squad. Aram and Ressler don’t appear to be employed with the Bureau anymore. Cooper’s past accomplishments seem to be his claim to fame more than his present work. Park is a teacher rather than a field worker.
Will Cynthia Panabaker (Dierdre Lovejoy) be returning to the series in the near future. She was Cooper’s boss; where is she now in the FBI? She intended to abolish the Task Force at the end of season 8. Consider that she helped Dembe become an agent; she may not despise them fully. As she posted a cryptic post on Instagram. On 27-Sep-2021, In the caption, Cynthis wrote: “All signs pointing to season nine!! (but which way to the set?) [thinking face emoji]⁣⁣#Blacklist9⁣ #Blacklist⁣ @nbcblacklist.”

The Blacklist Season 9 Episode 2 will release on NBC on Thursday, October 28, 2021, at 8 p.m. ET. The season is scheduled to contain 20 episodes, each lasting around 60 minutes. On May 15, at 8:00 p.m. EST, the season finale will air. Season 8 was added to Netflix in the United States on October 6th, 2021, and the NBC app was updated on October 22nd, 2021. Before Season 8, all previous seasons were available on Netflix in Canada and the United States in September. Season 9 of The Blacklist is presently scheduled to premiere on Netflix in September 2022.

If you don’t have cable, you can watch the episode on NBC’s official website or app. Season 9 premieres on Peacock a day later. The season premiere will also be available on Sling TV, Fubo TV, YouTube TV, Xfinity, and DirecTV. The latest episodes of ‘The Blacklist’ are available on Spectrum, iTunes, Amazon Prime Video, Google Play, and Vudu. Seasons 1-8 of the show are available on Netflix.

‘The Skinner,’ the ninth season premiere, follows up about two years after Liz’s death. The FBI task force has disbanded, and Red has taken up residence in Havana as a recluse. Cooper serves as Agnes’ legal guardian, while Dembe investigates a criminal gang that steals advanced microchips. Dembe’s partner is killed in an explosion at a meeting with members of the syndicate, and he is hospitalized. Dembe feels Red can assist in catching the syndicate’s leader, but he does not have his contact information, so he asks Cooper for assistance in contacting him. Red informs Dembe that the guy he is trying to apprehend is known as “The Skinner” among the syndicate’s top brass. Red confesses that he has no idea who the current leader is. He refuses to assist Dembe in catching The Skinner, but returns from his self-imposed exile to assist in the investigation. Cooper, Alina, Aram, and Ressler agree to assist Dembe to collect the rest of the gang. Before Red’s jet leaves for Havana at the end of the premiere, Ressler pays him a visit. That’s a significant achievement! Ressler holds Red solely responsible for Liz’s death and has previously stated that he would never want to be in the same room with him again. But Ressler is convinced that Red must return to The Blacklist if only to ensure that Liz’s death was not in vain. “She was destined for the Blacklist. Ressler informs Red, “If we loved her, it had to be ours.” “That’s why I returned.” I loved her more than I hated you.” Ressler then exits the plane, leaving Red with a dossier on the current Skinner, Graham Anderson. “I like him,” one of the shamans tells Red. He’s got a decent heart.” “I believe he does,” Red responds. “I’m not so sure about mine.”