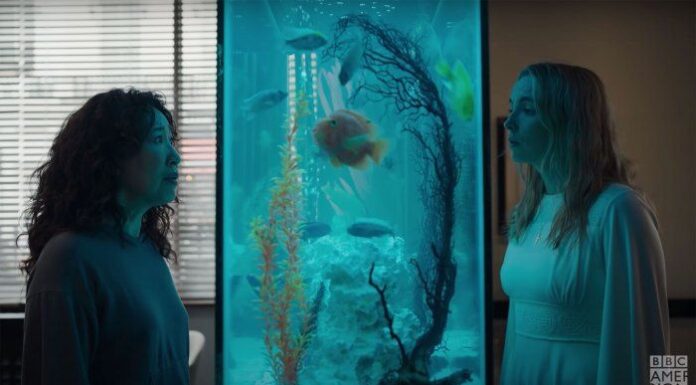 As you may recall, Eve (Sandra Oh) and Villanelle (Jodie Comer) parted ways on the bridge the last time we saw them Killing Eve’s season 3 finale. The first complete trailer was released on February 1 by BBC America, and the women appear to be striving for new lives. Their pasts, on the other hand, maybe too difficult to overcome. “You wouldn’t have come here if you’d truly changed,” Eve adds. “If you’d really changed, you wouldn’t have allowed me,” Villanelle jokes. More from the final may be seen in the video below.

What will happen in ‘Killing Eve’ Season 4?

“After killing Paul, Carolyn goes to great efforts to track down The Twelve and the person who ordered Kenny’s assassination. This season follows our exceptional ladies as they pursue romance, vengeance, and obsession in the lead up to a complex, complicated, and completely wonderful series finale.” Kim Bodnia also appears in the series.

The fourth and final season of Killing Eve premieres on BBC America and on Sunday, February 27 at 8/7c. There will be eight episodes.  Beginning February 28, the show will run on AMC on Mondays. On February 20, AMC+ subscribers will be able to see the first episode a week early.