Is the Dagger that Viserys Give to Rhaenyra the One from GOT? Explained 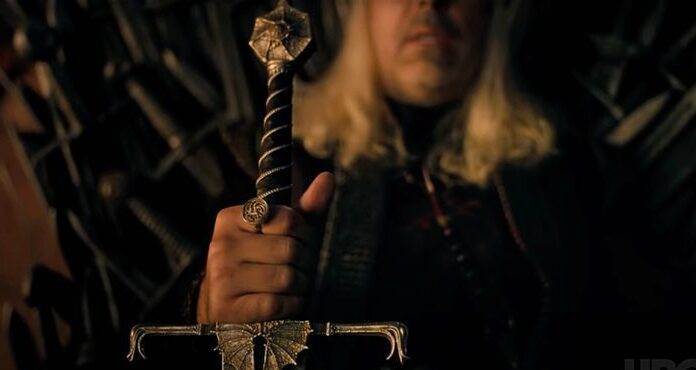 George R. R. Martin’s 2018 novel “Fire & Blood,” which is the prequel to Martin’s “A Song of Ice and Fire” book series, the inspiration for the main TV show, served as the basis for some of the plot points in “House of the Dragon.“It takes place 172 years before Daenerys Targaryen is born and depicts the bloody struggle for power between two branches of the reigning Targaryen dynasty.  In the pilot episode ‘The Heirs of the Dragon,’ a huge revelation fundamentally describes ‘Game of Throne‘s events and involves a Valyrian dagger. What you need to know about it is listed at tvacute.com.

Is Viserys’ dagger that Rhaenyra received from Game of Thrones the same one?

Yes, the Valyrian dagger from “Game of Thrones” is the one Viserys I gifts Rhaenyra. It initially appears in “The Kingsroad,” episode 2 of Season 1. There are several significant swords that you might want to keep an eye on, just as in “Game of Thrones.” Viserys I Targaryen is the owner of the Valyrian steel dagger. Valyrian steel is a rare metal with great sharpness and lighter weight than regular steel. An assassin aka catspaw attempted to kill Bran Stark by using an unknown Valyrian steel dagger. Despite its simple appearance, the blade is expertly crafted from Valyrian steel, while the smooth hilt is constructed from Dragonborn. The dagger that King Viserys always carries on his hip, Arya Stark used a Valyrian steel knife to murder the Night King, while Jon Snow used his Valyrian steel blade, Longclaw, to kill a White Walker for the first time. In “Game of Thrones” the dagger is part of Targaryen ancestry and craftsmanship connected with dragons and magic, so seeing it in “House of the Dragon” isn’t too surprising.

The assassin who tried to kill Bran and left him for dead at Winterfell after he fell from a tower is seen carrying the dagger. Bran’s mother Catelyn and his direwolf, Summer, foil the plot. Catelyn shows the dagger to Luwin, Cassel, Robb, and Theon. They shock as to how a common catspaw could afford such a weapon. They infer that whoever planned the attack and equipped the catspaw would be affluent based on the weapon’s components. In order to conduct additional research, Catelyn decides to bring the blade to her husband in King’s Landing.  Littlefinger asserts that the dagger originally belonged to him and that he lost it in a wager with Tyrion as Varys and Littlefinger both examine the blade. Tyrion claims he wasn’t kidnapped, but Catelyn doesn’t believe him. Eddard then holds the blade close to him. Ned mockingly remarks, when Littlefinger tries to convince him to make peace with the Lannisters. Littlefinger takes the blade for himself after betraying Ned. 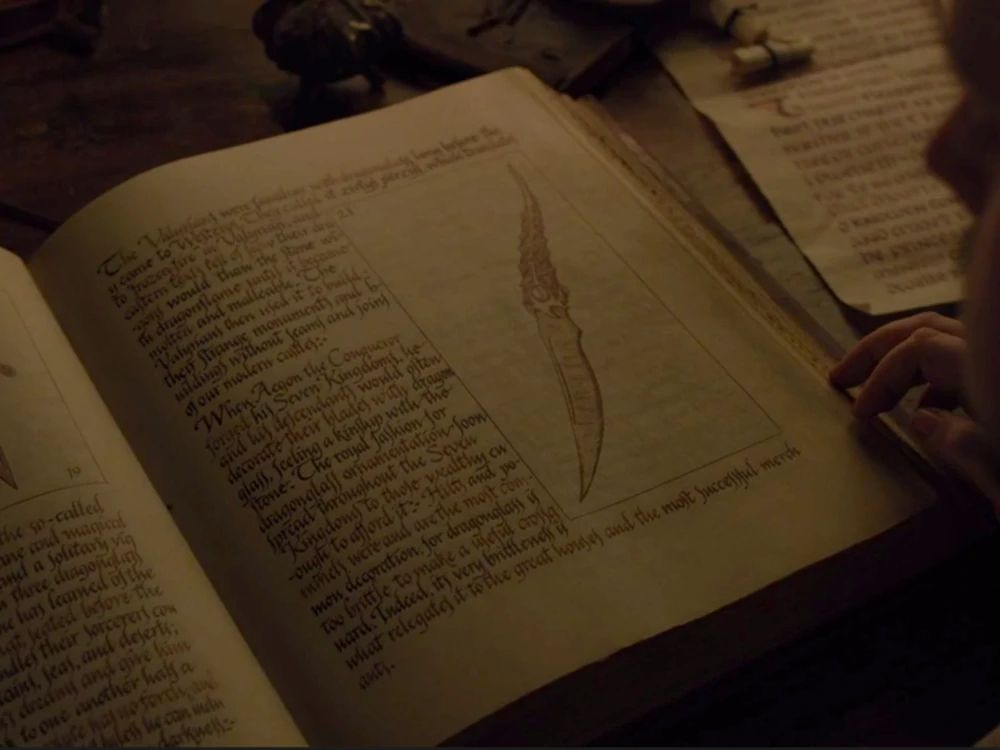 In Season 7, Samwell Tarly reads a book about the Long Night at the Citadel. The same (or a comparable) dagger is included in the book Sam is reading. Sam stays on a page of the book that describes how dragonglass is used to adorn weapons. The Valyrian steel dagger is depicted on the page. Before the Valyrians arrived in Westeros, they were already familiar with dragonglass. Valyrian and eastern legends describe how their dragons would thaw the stone with dragonflame until it became molten and pliable, giving it the name “zrtys perzys,” which translates to “frozen fire.”

Aegon the Conqueror used dragonglass to adorn his swords when he established the Seven Kingdoms. Later, Petyr.Bran receives the dagger from Littlefinger. However, unable to defend himself, Bran offers the blade to Arya in front of Sansa. Arya uses the dagger later when fighting Brienne. In a fitting twist of fate, Arya uses the blade to kill Littlefinger when he is being tried for treason. Littlefinger’s ownership of the dagger is inferred during the trial, raising the idea that he was the one who originally hired the catspaw assassin to kill Bran. During the Battle of Winterfell in Season 8, Arya kills the Night King with the Valyrian steel knife, bringing to an end his army of White Walkers and wights. As Arya’s ship heads west into the uncharted waters of the Sunset Sea, the dagger is last seen by her side. 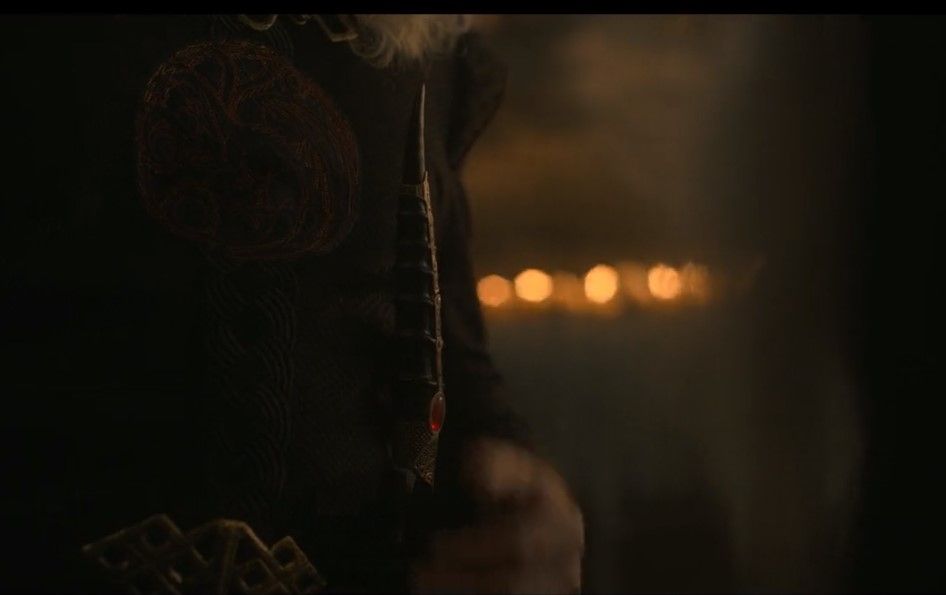 We find that the dagger belongs to House Targaryen in “House of the Dragon.” The successors of Westeros’ rulers have received it from them. Viserys (Paddy Considine) explains to Rhaenyra (Milly Alcock) that Aegon the Conqueror didn’t come to Westeros just for his aspirations as he declares her his heir. Like Daenys the Dreamer, he experienced prophetic dreams. Aegon saw the end of the human race, just as Daenys had predicted Valyria’s demise. A dreadful winter from the North would usher at the beginning of it, bringing with it death and darkness. When that occurs, a Targaryen king or queen must sit on the Iron Throne to guide a united Westeros against the cold, Viserys informs his daughter. Viserys said Aegon’s dream was an ice-and-fire song. This partially explains the desperate deeds of Targaryen kings and heirs. According to some of the supporters, Condal committed heresy. Martin, who is a co-creator convinced them that it was from him. The prophecy would be thoroughly detailed in upcoming volumes, whenever they are released, Martin promised the same outlet.