Is NCIS: Los Angeles coming to an end after Season 13? 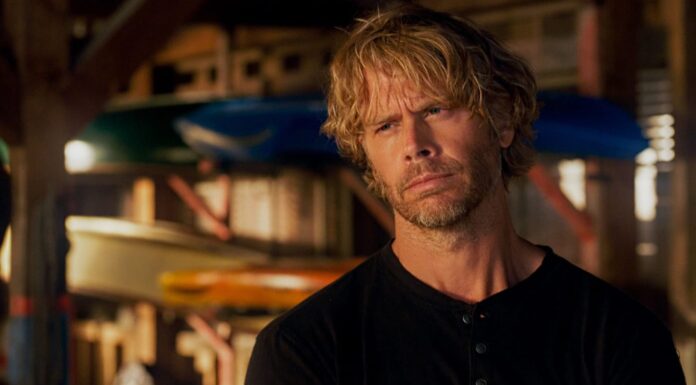 Eric Christian Olsen of NCIS: Los Angeles just teased a grim fate for a character and the show’s cancellation.

For nearly two decades, the NCIS franchise has been going strong. New Orleans is no longer active, but Hawai’i, the most recent incarnation, is off to a strong start. However, many are increasingly concerned about the NCIS: LA spinoff’s future. Eric Christian Olsen, the series’ lead, recently aroused some concern among fans of the show with a social media post in which he may or may not have hinted that the show is coming to an end. He also seemed to imply that one of the characters might be killed off.

NCIS: Los Angeles star Eric Christian Olsen, who plays charming NCIS investigator Marty Deeks, took to Instagram to celebrate the show’s return after a winter hiatus. However, there were several suspicious hashtags in the post. Check out what the actor wrote in the description of his Instagram image below:

In the midseason premiere, what’s going on with Kensi?

NCIS: Los Angeles returns tonight at 9 p.m. ET on CBS after a two-week hiatus. The first dubious hashtag used by the actor was #Kensidown. NCIS Special Agent Kensi Blye is played by Daniela Ruah, who is also married to Deeks Olsen. Kensi will be in Mexico for the midseason premiere, “Lost Soldier Down.” There’s no way of knowing what she’ll get herself into the south of the border, but if this hashtag is any indication, she’ll be in serious danger. While Kensi is in Mexico, the episode was actually directed by Daniela Ruah. As a result, it’s hardly surprising that her character won’t have much screen time in the next installment. Fingers crossed that Ruah’s character isn’t actually “down,” and that Olsen merely used the hashtag in a figurative sense to signify that his on-screen S.O. isn’t appearing in the episode.

Is This The Beginning Of The End For NCIS: Los Angeles?

The hashtag #thefinalseason is also causing concern among fans, as it implies that Season 13 may be the show’s last season. It should be noted that Eric Christian Olsen is known to tease his social media fans on occasion, so it’s difficult to tell whether he means it or not, given how mysterious it is.

Showrunner R. Scott Gemill was asked about the potential of Los Angeles ending after Season 13 in November, and he said he didn’t know at the moment. And even if it happens this year, the series has done quite well for itself after 13 seasons. Let’s hope Kensi is along for the ride if this trend continues. continues.