Is Frost die in The Flash Season 8 Episode 13? 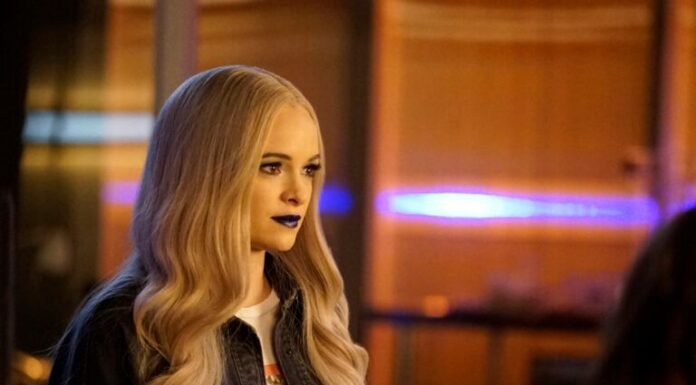 In The Flash Season 8 Episode 13, Frost (Danielle Panabaker) is willing to go to any length to defend her sister, Caitlin, from Deathstorm’s (Robbie Amell) attempt to make her into his wife – even if it means risking her own life. But will Caitlin be able to save her?

The good news is that Deathstorm’s reign of homicidal, grief-sucking evil has come to an end in the episode “Death Falls.” The bad news is that Caitlin’s doppelganger couldn’t take the heat and died back in the S.T.A.R. Labs med bay while leveling up to become “Hellfrost” and subsequently draining Deathstorm of his terrible powers.

How does Frost die in The Flash Season 8 Episode 13?

Frost isn’t afraid of Deathstorm. A new episode of #TheFlash starts NOW on The CW! pic.twitter.com/DPVyP5OMUd

Is Danielle Panabaker departing The Flash?

With Frost’s death, it’s evident that the long-running series is down to only one character — and that we’re getting closer to the show’s endgame. The CW recently renewed it for a ninth season, but it’s becoming clear that the initial plan was for it to conclude this year. Here are some of Panabaker’s comments to TVLine about her future status:

“I hope to be back… I will say that I was very surprised to see that there was another season [ordered]. I think that emotionally, I, at least, was planning for Season 8 to be our last. But I’m grateful to the show and to the fans, and hopefully there’s more story to be told.”

For the time being, it appears like Panabaker’s future on the show is still up in the air, but we’re hopeful that she will return in some shape or form. She still has one more role to play. The bigger concern right now is what kind of story a season 9 could have. How can things grow much crazier than they are right now if this was supposed to be the final year? Is there any possibility for the show to progress at this point? These characters are all really powerful at this point, and it’s becoming increasingly difficult to come up with new obstacles and things for them to accomplish. Team Flash will say their goodbyes to Frost next week, and we’ll have to see where things go from there…