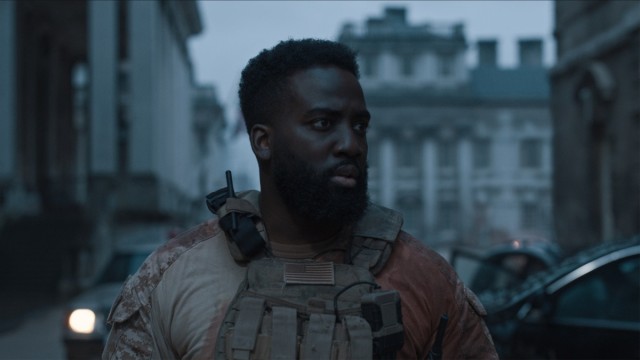 Invasion has effectively turned into a character drama with a dash of aliens, despite having some solid material early on. And managed to hold our attention with its complicated new revelations. Now we’ve got a love triangle! Aneesha welcomes Dr. Lockhart, who works evacuation center.. Lockhart and Aneesha have chemistry, which Ahmed recognizes right away. We’re looking forward to the next episode next week. Do you want to understand more about Invasion Episode 8 after watching this episode? In the future, we’re excited to dive into a few new stories. Invasion Episode 8 titled “Contact” has a synopsis for the release date as well as a spoiler at www.tvacute.com.

When will Invasion Episode 8 Be Released?

Episode 8 of ‘Invasion’ will air on Apple TV+ on November 26, 2021, at 12 a.m. ET. On October 22, 2021, the first three episodes of season 1 were broadcast concurrently. The series will feature ten episodes in total and the remaining three are set to be released weekly, every Friday.

Invasion Episode 8 is available exclusively on Apple TV+. With the 7-day free trial, they may watch ‘Invasion’ or any other Apple TV+ series on the site.

The episode starts with Aneesha driving with her family. Aneesha saves Ahmed’s life by tending to his wounds and using her medical knowledge. The next day, when we visit her with Ahmed, Ahmed is awake and able to walk. They find an abandoned diner and settle in. They don’t stay long, refueling before traveling to Northview College. This school is now an emergency evacuation center. Aneesha welcomes Dr. Lockhart, who works there. The area is well guarded by soldiers. Lockhart and Aneesha have chemistry, which Ahmed recognizes right away. Now we’ve got a love triangle! Trevante is back in the desert, trying to get back to the airfield. He meets a local family who tells him the dreadful news. The battle with the aliens demolished the airbase. Locals give Trev food and invite him to join them in Kabul.

Trev and his family start talking about the horrors they’ve seen in war and throughout the invasion. The family makes reaches it to Kabul Airport, but it’s deserted. They have hope, which is boosted as a family rushes past them, through the vacant terminal to the landing strip outside. The runway is a single military-controlled aircraft. Trevor jumps the line and shows his ID to let this family through. Trev chooses to bargain and hand over his gun to change the troops’ opinion. Back in the UK, Casper and the kids saw a woman driving fast through a village. The invasion has left her shaken. The kids get a lift back to London. She then leaves the kids to their own devices as Casper and co. journey through the urban jungle. Before they all go home, Monty and Casper make amends. She tells Casper about his sketches while they are alone. After all, he seems to be in touch with the aliens. Also, Luke, as we saw him suffer from migraines earlier in the season. Casper mentions a sort of voice that interacts with him cryptically to Jamila.

One of the alien things, wandering about in the distance, startles the two before he can clarify. But gunfire frightens it, Casper thinks his mother is in danger and returns to check on her. In Japan, Mitsuki Yamato poses as the project’s chief specialist and gains access to a satellite station feeding information to the Ministry of Defense. Yamato enters, greets a naive but excited Yoshi, and assumes charge. Yamato and co. discover music-like noise as they work. Like turning on a million radios at once, according to Yoshi. Yamato deduces that they’re listening to a network, a hive mind of sorts. Yamato is looking for a single signal among several. Yamato advises them employ filtering tools to narrow down their search. Yamato discovers a rogue satellite while sorting through the results and separating it from the others. Yamato is desperate to get the signal despite soldiers stopping him. She is going to communicate with the ship