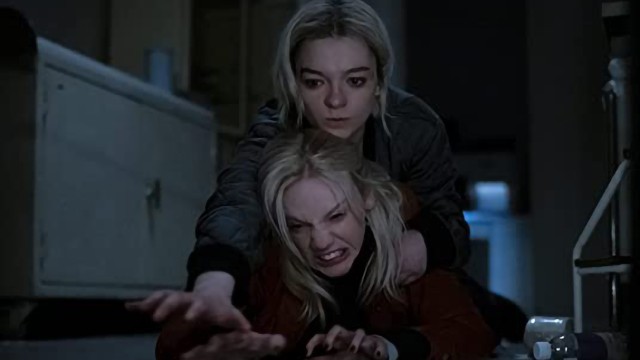 Hanna is based on the 2011 film of the same name, which starred Saoirse Ronan, but this time, Esme Creed-Miles plays the title character. Season 3 will focus on Hanna and her band of allies as they strive to eliminate Ultrax, a 15-year-old girl who is a super-soldier. Hanna premiered on Amazon Prime in 2019, and after the popularity of Season 1, the creators decided to give us a second season in July 2020. Yes, https://www.tvacute.com has a thorough list of all there is to know about Hanna Season 3: Who will be in the cast? Let’s see how many episodes of Hanna Season 3 there will be and when they will air, as well as the trailer and photos, so let’s get started.

Hanna S03E01: Résistance: Hanna returns to The Meadows with her cover as a loyal Utrax trainee intact thanks to John Carmichael, who leads the trainee program but has been coerced by Marissa to help. As the trainees prepare for their first missions, Marissa contacts a CIA analyst in Vienna who is on the target list and uses him for information. While in Paris, Hanna meets her target Abbas, a charismatic young activist.
Hanna S03E02: Grape Vines and Orange Trees
Unable to forget Abbas, Hanna breaks protocol and visits him at his safehouse. While Marissa’s world is shattered when she recognizes The Chairman from Hanna’s photo. As Hanna and Marissa plan to sabotage the next assassination, a small mistake raises suspicion. Hanna intercepts the Utrax agent sent to investigate, but Carmichael is outed as a trader which leads to Hanna and Marissa being ambushed.
Hanna S03E03: Nadiya
Hanna and Marissa move quickly now that they’ve been exposed. They plan to head to Vienna, believing it’s the headquarters of Pioneer and home of the assassination program but Hanna first goes in search of Abbas. Marissa continues on to Vienna. Both are unaware they are heading into a trap.

Hanna S03E04: Look Me In the Eye
Hanna and Marissa break into Pioneer headquarters and discover the frightening truth behind the assassination list and how it’s made. While inside, Marissa confronts Evans (aka The Chairman), leaving Hanna to escape with the evidence to bring down the program.
Hanna S03E05: Eyeliner
Hanna and Marissa have nearly lost. Hanna is held captive by Evans while the evidence that Marissa has to bring down the program turns out to be encrypted and unusable. When Hanna tries to escape she finds what could be the key to bringing down Pioneer, but Evans’ brutal interrogation might break Hanna before she can use it.
Hanna S03E06: Do Not Sleep
Hanna and Marissa return to Pioneer headquarters as prisoners but with a mission to unlock the evidence, they need to bring down the program. When they realize that Abbas and his daughter are in danger they race off to rescue them. In the forests outside Vienna, Hanna must save Abbas while Marissa confronts Evans one last time.

Who is in the cast of Hanna Season 3?

Mireille Enos (Marissa Wiegler), Dermot Mulroney (John Carmichael), Cherrelle Skeete (Terri Miller), ine Rose Daly (Girl 242/Sandy Phillips), and Gianna Kiehl will all return as Hanna (Jules Allen). In the flashback scenes, Joel Kinnaman could resume his role as Erik Heller. However, Yasmin Monet Prince’s character Clara Mahan’s story arc appears to have ended in season 2, therefore she may not return for the third season. On the other hand, Ray Liotta (‘Goodfellas’) has joined the cast as Gordon Evans, the head of Utrax and a rigorous visionary, in the future sequel.

Where Did Hanna Season 3 Take Place?

Season 3 of Hanna was mostly shot in Prague, Czech Republic, which is why the crew had to wait for the country’s travel restrictions to be lifted before arriving. Hanna’s previous seasons were shot in completely different countries than the third, giving each season a unique backdrop.

Can We Expect Hanna To Return For Season 4?

However, fans have been left wondering if Hanna will return to Prime Video for season 4 following the shocking conclusion of episode 6. No, Hanna is not coming back for Season 4.

This is due to the fact that the third season of the show has been announced as the final installment. In a tweet posted alongside the season 3 trailer in October, creator David Farr revealed the series’ demise, calling the season “the final act.” Season 3 has since been confirmed by Prime Video’s marketing materials as the last installment.