In House of the Dragon, Why do All Targaryens Have White Hair? 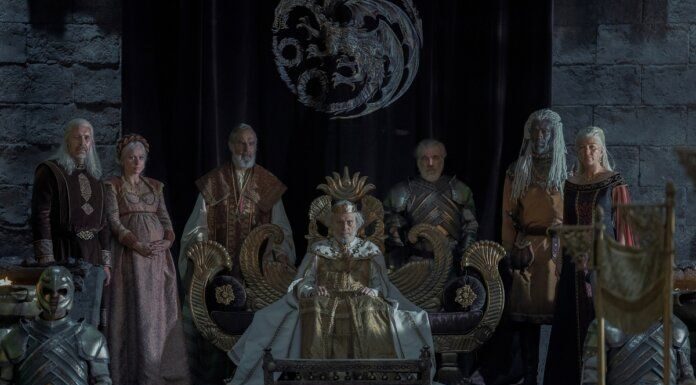 Three years after Game of Thrones‘ final season, the eagerly awaited spin-off, House of the Dragon, finally takes us back to Westeros. The series takes place at the height of the Targaryen dynasty. So far, we’ve met a lot of Targaryen family members, all of whom can be recognized by their silvery white hair. But the fact that every member of the dragon-riding family possesses the same trait has sparked debate, with many speculating as to why the Targaryens all have white hair.  Do not worry! We here at tvacute are here to help you. Why do All Targaryens Have White Hair?

In House of the Dragon, the distinctive hair colour of the Targaryens is back. Members of the Targaryen lineage were scarce in Game of Thrones, with Daenerys and her brother Viserys being the only known survivors by the time the show’s first season aired. Throughout the course of the series, a few other Targaryens made brief cameos, most notably the Mad King, Aerys II, and Daenerys’s older brother Rhaegar, who all had silvery white hair. there are a lot of white wigs on display. As a result of the Targaryens’ resurgence in the House of the Dragon prequel, many characters including Rhaenyra, Daemon, King Viserys, Rhaenys, Jaehaerys, and Aemma Arryn (Viserys’ cousin), who also has silvery hair.

House of the Dragon Episode 3 Recap: Is Craghas Drahar Dead?

Because of inbreeding and incestuous connections across many generations, Targaryens all have the same white hair. The Targaryens mainly married members of their own family to maintain their lineage and DNA, which led to more offspring with distinctive white hair. The Targaryen family has a long tradition of brothers marrying sisters and cousins marrying cousins. This practice really took off once Aegon the Conqueror wed his two sisters, Visenya and Rhaenys, who later became known as his sister-wives. The Targaryens’ propensity for inbreeding is still evident in House of the Dragon, where King Viserys’ wife, Aemma Arryn, is his own cousin and they both share Jaehaerys Targaryen as their paternal grandfather.

A Few Targaryens Had Dark Hair: Why?

There are a few Targaryens in the Song of Ice and Fire novels who don’t have the family’s distinctive white hair. Aemon Targaryen and Jocelyn Baratheon had a daughter named Rhaenys. Now, if you’re asking why she doesn’t have “black hair” like all Baratheons do, as Jon Arryn’s lineage book in GOT noted, that’s a reasonable question! Rhaenys does have black hair in the texts. She is recast in HOTD  as a Targaryen with silver hair, most likely for aesthetic purposes. These were Targaryen offspring who were truly married to people from other families. Rhaenys, the Queen who Never Was, who has had black hair since her mother was a Baratheon, although, in HOTD, her hair has been kept white, is one of these offspring.

Baelor Breakspear, whose mother was Myriah Martell of Dorne, was another Targaryen with dark hair, and Prince Duncan the Small, who got dark hair through his mother Betha Blackwood, was another Targaryen without white hair. Despite having black hair because of his Stark mother, Jon Snow is revealed to be a Targaryen in the Game of Thrones series as well, as his parents are Lyanna Stark and Rhaegar Targaryen. Because lighter hair tends to be a recessive colour, Targaryens with darker-haired parents tend to keep the dominant darker hair. This is why Targaryens who marry outside the family lose their white hair. This turns out to be a bone of contention between the Lannisters and Baratheons in Game of Thrones, as Ned Stark became sceptical of Joffrey Baratheon’s golden blond hair, which is a characteristic of the Lannisters, because all of the Baratheons’ children have had black hair.