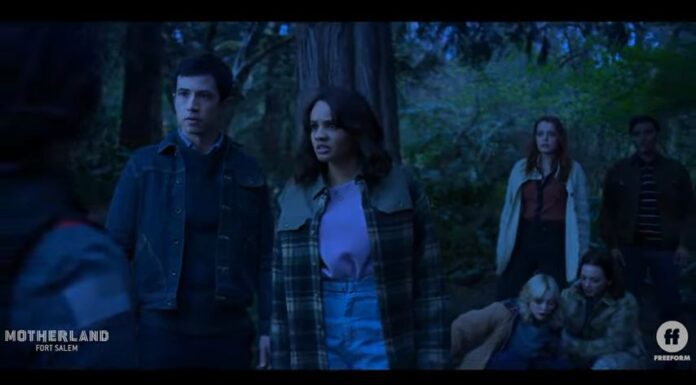 Created by Eliot Laurence, Motherland: Fort Salem is an American supernatural drama series that debuted on Freeform on March 18, 2020. Three witches who were drafted into the U.S. Army are played in the series by Taylor Hickson as Raelle Collar, Jessica Sutton as Tally Craven, and Ashley Nicole Williams as Abigail Bellweather. The show received a third and final season renewal in August 2021, and it debuted on June 21, 2022. The third and final season of the female-centric alternative history supernatural thriller features an epic fight between the Unit’s world-saving spellcasters and their allies and the Camarilla, an ancient order sworn to purge the world of witches. a well-known situation. Absolutely, although the outcome of this conflict, which was aptly named “Revolution Part 2,” was significantly more positive than the one that served as the climax of the previous season also known as “Revolution Part 1”.

In Motherland: Fort Salem Season 3 Episode 10, the extent of how special was not revealed until the very end. The Camarilla were using improvised tools and stolen abilities. During the time that Alder was feverishly looking for the missing component of the First Song all across the world, the witches of Fort Salem were busy protecting their home from the Camarilla. After all, witches have been employing their abilities for ages.  This is a war drama, and we’ve suffered some setbacks along the way, including Anacostia’s death. . Let’s find out What happened in the series finale. www.tvacute.com brings you the full recap of Motherland: Fort Salem Finale Recap titled ” The Revolution Part 2.”

The Camarilla has taken control of Fort Salem. Izadora was savagely attacked, yet she is still alive. Hearst removes the distraught Penelope from the premises. Hearst is informed by Izadora that The Mother will kill everyone. In a market in Ghana, Alder looks for the last fragment of the First Song. She has offended a Ghanian officer by being there. Through the mycelium, alder escapes. To motivate the Bellweather Unit and Scylla, Anacostia delivers a speech. Everyone hugs. Adil, Scylla, and the unit sneak into the necro lab.

We regret to inform you that Anacostia Quartermain, who prevented everyone from being crushed by a flying truck, was killed while performing her official duties. Though she herself did not survive the collision. Anacostia is crushed against a wall and killed by a Camarilla counterattack vehicle after Petra’s team uses a cyclone to disperse the Camarilla forces. The climax of the finale occurred within the Mycelium, of all places. But as Tally had predicted, Alder showed up with important news instead of Raelle blowing up the world with a witch bomb.

Gerit is sent back to the lab by Petra. Penelope’s tube is saved by Petra and Sterling, who then give it to Izadora. Raelle is poisoned by injectors the Camarilla has positioned around Fort Salem, which affects the mycelium. Raelle then lashes out and infects Scylla, Adil, and Alder. Abigail, Tally, and Gerit are saved when Nicte and her bats enter the conflict. After getting together, Raelle clears a passage through the mycelium. While the rest flee, Nicte and Gerit repel the Camarilla. Raelle is unable to revive Adil and Scylla after they collaps. Silver delivers a speech on television as part of a takeover against Wade.

The Bellweathers were once stewards, and the missing final piece of the song was in Abigail all along.

According to Tally, The Mother has a plan for the group. Penelope is revived after Izadora mixes powdered Penelope into Hearst’s coffee, killing Hearst. When she confronts her father, she also spreads the witch sickness to him, killing him. Abigail is told by Alder that she is the last steward. Raelle is the conduit through which the First Song’s power purges the planet. After that, everyone laments Anacostia. Nicte and Alder reconcile. When Tally’s sight returns, she notices changes happening all around her.

Alder is taken under the Mother’s spell as she gives the group a history lesson on the witches. That song altered the word, as the Mother would later clarify (via Alder). I merged with six women a long time ago. I changed their voices, and the way they hear. My gifts spread through their families, and the six became renowned as witches to their offspring. Thank you to you three, my gift is now freely delivered. They are all awake and singing the same melody. Alder finally disintegrates after that. They were given one more small surprise by Alder before she vanished into thin air: “They will name you goddesses.