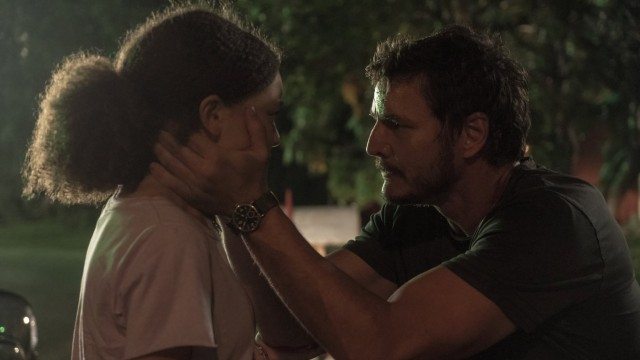 This January is the world premiere of The Last of Us. The plot, which centers on two people who form a father-daughter connection after journeying across a post-apocalyptic America infested with zombies animated by a murderous fungus, does sound like a mash-up of The Walking Dead and The Road. Look at the details below to find out what it’s about and how you can watch it for yourself. Check out the teaser trailer for The Last of Us below, where you’ll also find information on How to Watch The Last of Us Season 1 Episode 1 online in its entirety.  The information that you need to know about is provided at tvacute.com.

The events of the series take place twenty years after the destruction of modern society. A hardened survivor named Joel is recruited to help a young girl named Ellie, who is just 14 years old, escape a restrictive quarantine zone. What begins as a simple assignment quickly escalates into a grueling and excruciating adventure for the two of them as they are forced to travel across the United States and rely on one another for survival.

How to Watch The Last of Us Season 1 Episode 1 In the US?

The Last of Us will have an exclusive broadcast on HBO and will only be available to view on HBO Max. The first episode of the new series will make its debut on HBO on January 15 at 9 p.m. ET/PT, and it will also be made available on HBO Max at the same time. The first episode is set to air for a total of 1 hour and 25 minutes.

Will new episodes of The Last of Us show to be released on a weekly basis?

Yes! After the first episode aired on January 15, HBO stated that they want to air a new episode of “The Last of Us” every Sunday thereafter. there is a total of nine episodes. The following is the complete schedule for the first season:

In Canada, The Last of Us episode 1 will be available exclusively through Crave. It will be available on Sunday (January 15) at 9 o’clock Eastern Time. Those who are on vacation in Canada and want to stream live with their friends in the United States or the United Kingdom will, of course, want a reliable virtual private network (VPN) in order to access their home networks and use services like Sling, Fubo, or BBC iPlayer.

Does The Last of Us Episode 1 have a free internet streaming option on HBO Max?

The HBO Max service, which would allow you to watch The Last of Us online for free legally, is not currently giving any free trials. The Last of Us TV series won’t be available on any other streaming services. Plans for HBO Max start at $9.99 per month, but those who pay for the entire year at once can save some money.

How to Watch The Last of Us” episode 1 online in Australia?

The following is HBO’s official overview of the events that take place in The Last of Us:

The series takes place 20 years after modern civilization has been destroyed. Joel, a hardened survivor, is hired to smuggle Ellie, a 14-year-old girl, out of an oppressive quarantine zone. What starts as a small job soon becomes a brutal, heartbreaking journey, as they both must traverse the U.S. and depend on each other for survival.

Neil Druckmann and Craig Mazin wrote and directed The Last of Us (Chernobyl). The following actors play major roles in the film: Actor Pedro Pascal in the Role of Joel Performers: Bella Ramsey as Ellie Gabriel, Luna as Tommy Marlene, played by Merle Dandridge Tess (Anna Torv) In the role of Bill, played by Nick Offerman The roles of Anna (Ashley Johnson) and James (Troy Baker)

The devastating opening sequence of The Last Of Us for the PlayStation features many memorable scenes, but it might be regarded as one of the game’s finest moments. This sequence will probably be included in Episode 1, therefore the lengthy runtime could broaden how it is told. The aforementioned scene centers on the passing of Sarah (Nico Parker), Joel’s (Pedro Pascal) daughter, on the first day of the Cordyceps pandemic. Additionally, the official video stated that efforts would be made to determine how the Cordyceps infection originated.

How to Play The Last of Us Games

PlayStation 3, PlayStation 4, and PlayStation 5 users can enjoy The Last of Us. The story of the HBO show is based on this 2013 video game. The Last of Us 2 is also out for PS4 and can be played on PS5 thanks to the PS5’s backward compatibility with PS4 titles.