House of the Dragon Episode 5: Why is Daemon Targaryen so angry with Lady Rhea Royce? Who plays Rhea Royce? 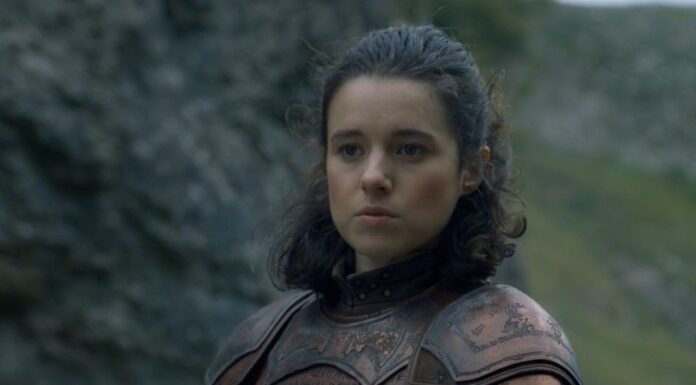 One of the most remarkable characters in “House of the Dragon” is Prince Daemon Targaryen (Matt Smith), and viewers anxiously anticipate each new episode to learn how he will make King Visery’s life even worse. Rhea Royce, though, is unquestionably Daemon’s wife and the one he despises the most. The prince has been referring to her as a “bronze b***h” and has already made it plain that he wants to stay apart from her since the first episode.

When the Hand of the King mentioned that the prince hasn’t been with his wife for some time, Daemon and Ser Otto Hightower (Rhys Ifans), who were sitting throughout the council meeting, got into an argument. In response, Prince Daemon called his wife a “bronze bi**h”. We have been waiting for four episodes for Lady Royce’s debut appearance in the “Game of Thrones” prequel.

Why does Prince Daemon Targaryen despise her?

When it comes to the persona, Lady Rhea Royce is the head of the House Royce and the Lady of the Runestone under the rule of Kings Jaeherys and Viserys Targaryen I. When she was still the heir to Runestone, Queen Alyssane Targaryen arranged the union of Prince Daemon and Lady Rhea. Marriage was regarded as one of the most significant events in the histories of both houses, according to “Fire & Blood.” Unfortunately, Daemon’s growing boredom in Vale caused the marriage to fail. He soon began to harbour unfavourable thoughts toward his wife. The same was true for Royce’s husband, and she had no love or affection for Daemon. We recently witnessed Daemon and Rhaenyra having sex, and the prince telling his brother that he intends to wed his niece. In a fit of rage, King Viserys ordered him returned to Runestone.

Rachel Redford will portray Lady Rhea Royce in the first season of “House of the Dragon.” With the release of “The Riot Club,” the actress made her feature picture debut. However, the Netflix series “Shadow and Bone” gave her a career-defining role in 2021. She was praised for her acting in the fantasy series where she portrayed the part of Fruszi. However, it appears that Redford’s time in “House of the Dragon” may go down in history as one of his most important roles.

Why is Lady Rhea Royce so despised by Daemon Targaryen?

Prince Daemon Targaryen began to think that Lady of the Runestone and her home were monotonous after they got married. Due to the vintage armour that House Royce wore, he frequently made fun of her and called her “bronze bi**h.”Royce had no love for her estranged husband because of their mutual hatred.