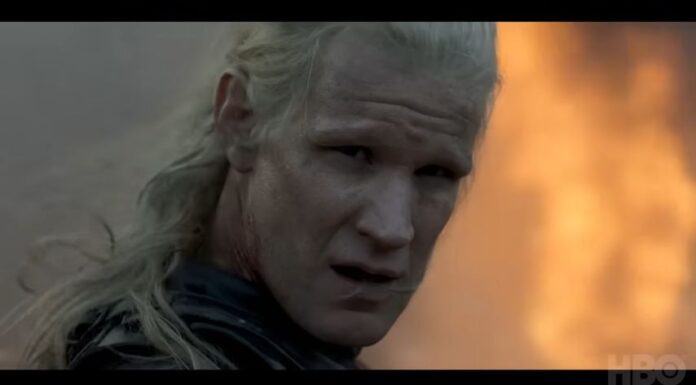 The title of Episode 2 “The Rogue Prince” offers a significant hint Matt Smith’s Daemon Targaryen may be the focus of. As King Viserys (Paddy Considine) deals with a country that might be losing faith in him as a result of his announcement that his daughter will be the successor to the Iron Throne, we could anticipate Daemon’s pranks to cause court politics to go awry.

GOT spinoff, House of the Dragon, has finally roared onto television screens. The epic plots and large cast of characters in the fantasy series made it famous. House of the Dragon has just seen one episode, but it already seems like the prequel series is going on a similar path. Fans returned to Westeros in last week’s season premiere to see the beginning of the Targaryen family’s demise. It’s already time for further conflict between the Seven Kingdoms and princess Rhaenyra Targaryen (Emma D’Arcy). If you’ve been watching this one, finding out when the next episode will air might be of interest to you.  (tvacute.com) Here is all the information you need to know about House of the Dragon Episode 2, including the title, duration, and release date.

House of the Dragon Episode 2 Recap “The Rogue Prince”

House of the Dragon Episode 2: What to Expect

The following episode is titled “The Rogue Prince” and was written by Ryan Condal and directed by Greg Yaitanes. Episode 2 will very definitely address the events that followed Episode 1. The episode will probably focus on what happened to Daemon Targaryan (Matt Smith) after Viserys I (Paddy Considine), his brother, exiled him from the royal court. The episode seems to be titled after Daemon, so anticipate the erstwhile heir to make a big splash.

HOTD Episode 1 focused on King Viserys’s attempt to create a male heir to the Targaryen dynasty through the power of will. Unfortunately, his passion came to an end with the passing of his wife and little kid. The king’s daughter, Princess Rhaenyra, was given the right to succeed in place of his brother, Prince Daemon, who was still the next in line to the throne. However, the ever-egotistical prince ranted in public and humiliated the king’s deceased child. The king’s council and other prominent members of the realm swore allegiance to Rhaenyra at the end of the episode because Daemon needed to return to the Vale to be with his estranged wife.

Expect tensions within the Targaryen family to start building in Episode 2 as Rhaenyra is propelled toward power and Daemon is banished to the background. Rhaenyra will probably face numerous challenges because the kingdom might still be against the idea of a woman sitting on the Iron Throne. She might also have to be concerned about her father getting remarried and having another heir, particularly if the show stays true to the plot of the novel. 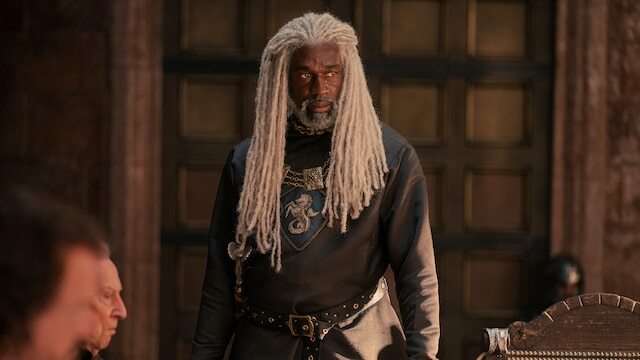 The king’s hand, Otto (Rhys Ifans), instructed his daughter Alicent (Emily Carey), who is Rhaenyra’s acquaintance, to pay the king a visit in the first episode. After their amicable exchange, Episode 2 and subsequent episodes might focus more on their future romance.

Is there a promo for House of the Dragon: Episode 2?

Although there is not a specific promo for Episode 2, the premiere episode from the previous week did include a trailer titled “Weeks Ahead,” which provides a sneak peek at what is to come later on in the season. It includes a number of scenarios that viewers could potentially see in Episode 2. It also provides us with some hints as to where the story might go from here, with Daemon Targaryen (played by Matt Smith) starting his rampage and Rhaenyra dealing with the growing feeling that the realm would rather disintegrate into itself than allow a woman to rule. The struggle for control of the kingdom is heating up.

HOTD Episode 2 Synopsis: Princess Rhaenyra dives deep into the prophecies about House Targaryen while confronting a realm that resists the idea of a woman on the Iron Throne, and Prince Daemon, embittered over being passed over as the heir to Westeros, prepares to go to war.

The first season of House of the Dragon will consist of 10 episodes. There will be eight episodes left in Season 1 after the release of Episode 2. On Sunday, August 28 House of the Dragon’s second episode will premiere. As the current HBO  flagship program, viewers can anticipate that the series will always air on Sunday nights, just like Game of Thrones did during its first season.

Where can I see the second episode of The House of the Dragon?

Both HBO and the network’s streaming service HBO Max require a membership in order to access House Of The Dragon Episode 2. The current price for the HBO Max ad-supported subscription plan is $9.99 per month. The monthly cost of the ad-free edition is $14.99.

When will the second episode of The House of the Dragon air?

House of the Dragon Episode 2 will air at 9:00 p.m. ET, according to the official HBO schedule. Regardless of their time zone, viewers in the US can anticipate the new episode to be broadcast simultaneously on HBO Max. The length of the Episode is 54 minutes according to the HBO website.

How to Watch HOTD Episode 2 Online