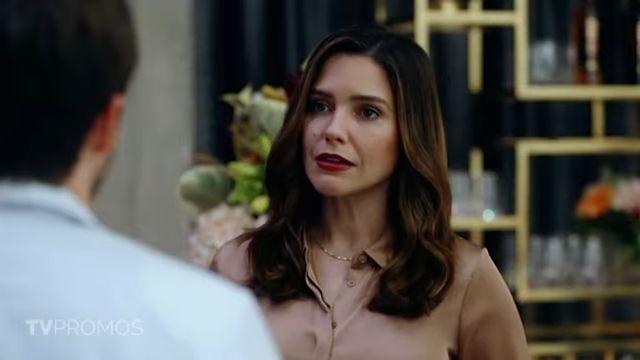 Dr. Griffith Jr. and Dr. Griffith Sr. are still at odds. Griff tries to go around his proctorship throughout episode 2 of Good Sam, consistently undermining Sam’s authority while treating patients. Malcolm is still swooning over Sam. Even Sam’s mother is noticing the chemistry between the two of them. The two of them head out to eat. A 10-month-old baby with a cough and a heart murmur was one of the primary cases from this episode.

Fans are eagerly anticipating fresh episodes after watching episode 2. But when will the third episode be released? Right here, you’ll find everything you need to know. A summary and promo for Good Sam episode 3 may be found at www.tvacute.com, which might help you better comprehend the show.

Things you need to know before watching Good Sam Season 1 Episode 3. Firstly the episode was directed by Jane the Virgin alum Gina Rodriguez. secondly, As Therapist Asher Pyne, Sendhil Ramamurthy (“Heroes”) begins a recurring role. “Butt of the Joke” is the title of tonight’s episode. Checkout the synopsis and promo below.

Good Sam Episode 3 will release on Wednesday, Jan. 19 at 10:00-11:00 PM, ET/PT on the CBS Television Network, and available to stream life and on-demand on Paramount+*.

Griff will be proctored. Sam agreed and stated she couldn’t afford to lose him as a doctor, but she was ending their bond as father and daughter. No more intimate interaction with him. He was a bad dad. He sabotages work. It’s true. Now he’s with Sam’s best friend. Her father will always be a bad father. Sam can choose to let that impact her, and she can choose to avoid her father. Instead, she’d focus on her work. So she was when Malcolm Kingsley invited her to dinner. Kingsley is a director. His father is the hospital’s Chairman. He was attractive and wealthy. He was ideal. He also didn’t know her father or respect him. Her ex-boyfriend has this issue. Sam should have leaped at the offer to dine with Kingsley. But she paused. She later consented to go out with him and found herself talking about her father a lot. It ruined the first date’s vibe. Sam noticed this and tried to correct the course. When her father wrecked the date, she was telling Kingsley how she was going to do better.

Sam’s father was present at the posh restaurant where the two potentials were supposed to have an excellent meal. He was eating with Kingsley’s father. Whose, Mr. Chairman? That her father was dining with him to avoid his proctorship and steal her job was only because she refused to offer him leniency. She treated him like any other patient. He hates it. He wants to be special. So he was trying to save time by going to the board.Sam avoided her father. Instead, she returned to the workplace and investigated other doctors who cheated in proctorship. She intended to show her father he was unfit to return to his old work. Sam persuaded the board not to restore her father before the proctorship went awry. Only her father persuaded them that when he finished his proctorship, he should be reinstated as Chief of Surgery. Griff told Sam. She and the other residents were stunned. They remembered Griff as a dictator who continuously undermined them.

Sam leads better. She accepted a pediatric case. Her father would never have consented to it, but she did it to promote hospital unity and give patients a better hospital experience. Sam adores the patient. She does good. Her father was icy and it was a wonder anyone would ever sleep with him, let alone marry him. Griff was a jerk. A wonderful doctor and a jerk. Sam sought to help her dad. She tried everything to persuade him to at least follow his proctorship. Sam kept working him. Even after discovering his board usage. Tragically, Griff couldn’t stand being in the same room as the residents. “Your child needs surgery to link him up to a machine,” he told the sick baby’s parents. He warned a cardiac patient that he was likely to die of heart failure. Sam went to confront him, and it got personal. She said he slept with Lex, and the other residents heard her. They discovered Lex slept with Griff. So some of the guys shunned Lex.

Sam apologised to her ex-best pal. Lex stated they went beyond apologies. Sam’s two patients coded. An OR trip was made to rescue the infant. She had to expel her father for undermining her and afterward a nurse. Sam saved the child. Afterward, she realized that the baby’s elder sister disliked wearing her shoes since she had the same genetic abnormality as her brother. Sam, like her brother, knew this. Gene therapy was the child’s only hope. So the head of pediatrics wouldn’t have brought the baby to them. The infant was spared because Sam was in control, and Lex urged Sam to tell the board that. Sam later called a board meeting. She argued why she should continue in control once her father’s proctorship ended. Sam has a point. After conversing, she felt good. Later, she named her father a T-rex and herself a meteorite. So he should worry about his work because she was after him.