Get Ready for Ghosts Season 2 Episode 12: “The Family Business” 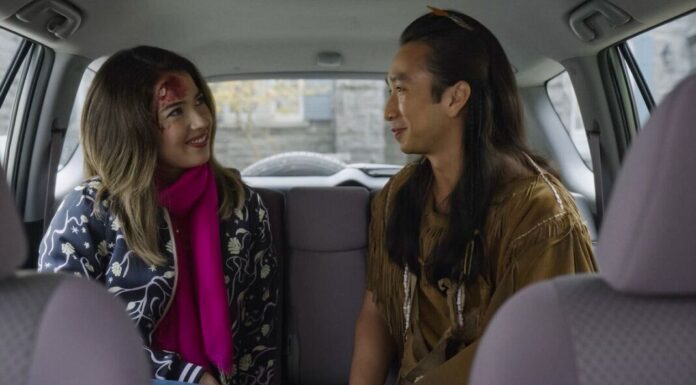 Ghosts Season 2 Episode 11 paved the way for future ghosts. Moreover, a fresh familiar face may make occasional appearances. Having more people around means more opportunities for pranks. Freddie (Mike Lane) was interviewed by Jay (Utkarsh Ambudkar) and Sam (Rose McIver) to become their new assistant. Jessica is an automobile ghost played by Nichole Sakura. She was killed in a collision involving Freddie’s car, so she is now inextricably linked to it. Sas is glad that Jessica will be returning to Woodstone Mansion regularly because they had some serious chemistry together. Now, What will happen next? After viewing the perfect assistance episode, are you curious about the premiere date of the next regular season episode of Ghosts on CBS? If you’re looking for spoilers for Ghosts Season 2 Episode 12, you’ve found the right place: www.tvacute.com.

“The Family Business”  is the title of tonight’s episode. Hetty is currently more worried about Sam’s (Rose McIver) intrusion into new assistant Freddie’s (Mike Lane) personal life. Hetty is of the opinion that extending human kindness toward help never ends well. Sasappis (Román Zaragoza) is in love with Jessica (Nichole Sakura)  a ditzy vehicle ghost, but he can’t control his jealousy when she encounters other ghosts outside the house.   If you’re interested in learning more, we’ve included the complete plot summary and promo for Ghosts season 2 episode 12 titled ‘The Perfect Assistant’ below.

Ghosts Season 2 Episode 12 Synopsis:  –   Sam gives relationship advice to her and Jay’s assistant, Freddie (Mike Lane), ignoring Hetty’s warning not to get too close to “the help.” Also, Sasappis strikes up a romance with Jessica (Nichole Sakura), the ghost who lives in Freddie’s car.

New Series Ghosts  Season 2 Episode 12 will air on January 12, 2023. “Ghosts” premieres on CBS on Thursday. Each episode will premiere on Paramount+ on Thursday nights at 8:30/7:30c, (at 8 pm on NewsChannel5.) the same day it airs on CBS. The CBS All Access app has been renamed Paramount+, and you can now watch new episodes of “Ghosts” with Live TV the day after they premiere on Hulu.