Young Sheldon Season 6 Episode 10: Will Georgie and Mandy’s relationship will come to an end? 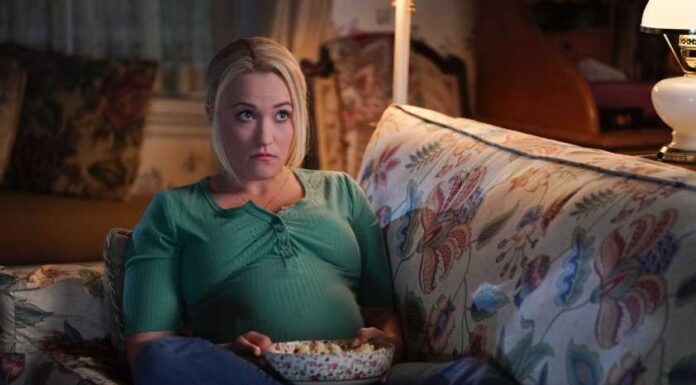 In Young Sheldon Season 6 Episode 9, George Sr. is upset that someone else received credit for his football victories, and Sheldon considers quitting college. By setting up a meeting with potential investors and pitching his grant database idea, Sheldon seems to be resolving his issues with the University in this episode. He eventually locates a financier eager to back his concept under Sheldon’s conditions. Along this, Mandy McAllister (Emily Osment) and Georgie (Montana Jordan) have been mending their relationships up to this point in the season. There isn’t any true upheaval in this episode that pertains to things that actually matter in terms of the program’s plot. After watching this episode, What will happen next? Do you want to know when the next episode of Young Sheldon, will air on CBS? At www.tvacute.com, you’ve discovered the finest place to get the Young Sheldon Season 6 Episode 10.

The young couple’s troubled relationship is revisited after the show’s focus shifts to Sheldon’s grant database subplot. Soon after leaving high school, Georgie began working at his grandmother Meemaw’s laundromat (Meemaw buys a “Laundromat” in season 5 episode 4), where he eventually met his future wife, Mandy. They started dating quickly after realizing they had a lot in common, but Mandy broke it off when she discovered Georgie was underage. However, Mandy’s pregnancy news quickly brought them back together, and they were at least courteous to one another.  but now that they are expecting a child, they need to make some long-term plans.  While this is true, it is also important to note that Mandy was never discussed in The Big Bang Theory. Although Georgie hitched the knot at the ripe old age of 19, the identity of his bride remains unknown.

In the Young Sheldon season 6, episode 10 Titled “Pancake Sunday and Textbook Flirting” trailer, Georgie and Mandy finally discuss their future after keeping their relationship status ambiguous for so long. It’s unclear if they’ll be able to reach a deal. Will Georgie and Mandy’s relationship will come to an end?  According to the synopsis, Mandy pushes Georgie to date another woman.  Now, she wants Georgie to stop pursuing her and go. She advises her to go on dates with other individuals in an effort to meet someone who would adore him.  The Big Bang Theory did disclose that she had multiple marriages. In light of this, it’s safe to assume that he and Mandy’s marriage will not last. While they wait for the birth of their child, season 6 of Young Sheldon may focus on further strengthening their romance. in the meanwhile With no one appropriate nearby, Mary will find it difficult to meet any new friends in the forthcoming Young Sheldon episode.

Where can I watch Young Sheldon Season 6 Episode 10?

Young Sheldon Season 6 Episode 10 will air on Thursday, January 12, 8/7c on CBS.  If you missed the television broadcast or are a cord-cutter, you may watch the show on CBS’ official website. In addition, the season premiere will be available on Paramount+, FuboTV, YouTube TV, Xfinity, Hulu+Live TV, and DirecTV. You may watch the show right here if you have an HBO Max membership. ‘Young Sheldon’ episodes and seasons can also be purchased or rented on Spectrum, iTunes, Amazon Prime Video, Google Play, and Vudu. Young Sheldon S05 is available on BINGE in Australia. The show is available to watch on NZTV in New Zealand.

Sheldon discovers that because of his age, no investors are prepared to take him seriously. He gets the notion to work with Dr. Sturgis, but the investors would prefer that Sheldon devote all of his attention to the database, and his parents vehemently object to him quitting school. Sheldon still has memories of Mr. Anderson, a wealthy investor with odd beliefs who offered Sheldon cash for being truthful in the past. He baffles Sheldon and Dr. Sturgis during the meeting. Pastor Rob is called in to lead team prayer while George gets back to coaching in the meanwhile. To George’s dismay, they triumph, but everybody gives Pastor Rob and God the glory. George purposefully follows Pastor Rob’s instructions on a play during another game in the hopes that he will be held accountable for the defeat and forced to leave the squad; instead, they win again, which irritates George. Dean, a boy, is brought by Missy to Connie’s house in the meantime. To Connie’s annoyance as well as Missy’s, Dean develops an attachment to Connie despite having recently lost his own grandma.