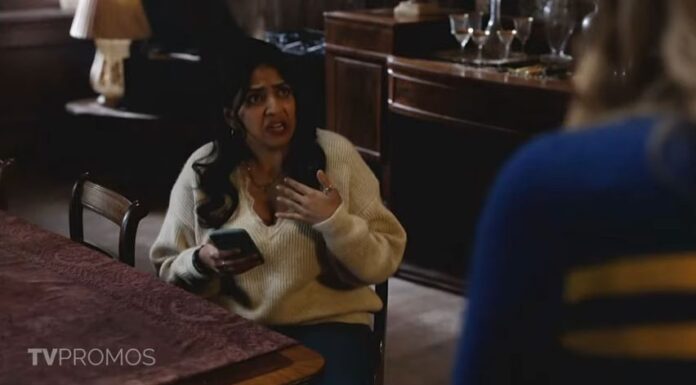 Sam is declaring she’s going on vacation to see her deceased mother, who died in a racist fast-food restaurant while eating shrimp, in the previous Episode 11 of Ghosts, “Sam’s Mom.” continue reading the episode 10 recap. Fans are now eager to discover more about the latest episode of Ghosts (2021). At www.tvacute.com, you’ve come to the perfect place to get the Ghosts Season 1 Episode 12 synopsis and trailer. Fans of Lucifer will be happy to learn that Rachael Harris will play Sheryl on tonight’s episode.

Ghosts quickly became the most popular new comedy of the fall 2021 TV season, prompting CBS to order a full season, and the fun continues on January 6th with a brand-new episode. they are going to have every ghost in every episode for the backorder.   but the new episode will again family reunion. Ghosts Season 1 Episode 12, titled ” Jay’s sister.” In this episode, Jay’s sister, Bela, comes to visit her brother’s house after being dumped by her boyfriend. 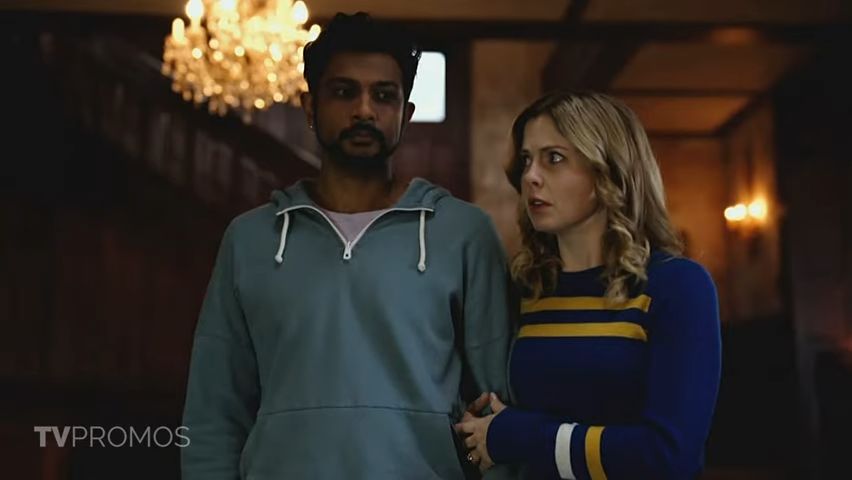 Sam and Jay are startled to discover that Jay’s sister, Bela, is conversing with someone they know on a dating app. Is he a ghost?  Of course, His name is Trevor (Asher Grodman). He is one of the ghosts who recently died. 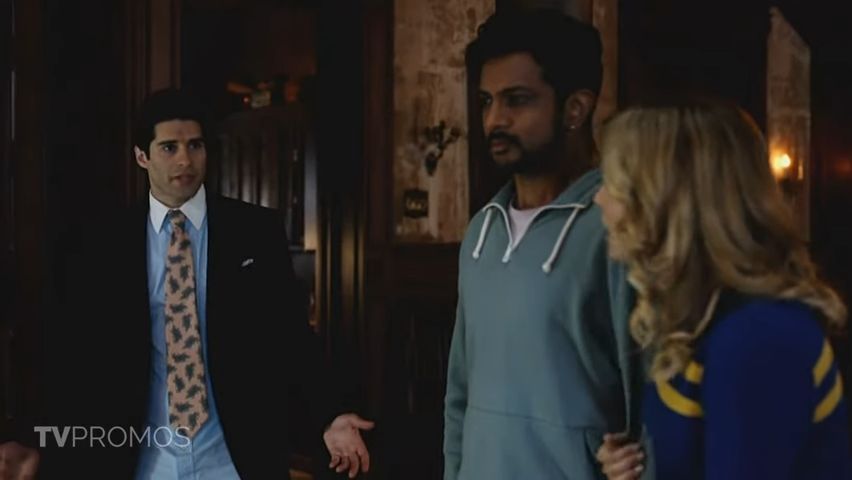 He was a wealthy Wall Street trader who partied hard who died without wearing pants. . He is different from the other ghosts in that he can interact with the real world by putting a lot of effort into moving small things or pressing buttons.

Ghosts (2021) Episode 12 Synopsis:  – When Jay’s sister, Bela (Punam Patel), comes to visit Sam (Rose McIver) and Jay (Utkarsh Ambudkar)  after being dumped by her boyfriend, they’re shocked to discover that she’s communicating with someone they know on a dating app.

New Series Ghosts Episode 12 will release on January 13. “Ghosts” premieres on CBS on Thursday. Each episode will premiere on Paramount+ on Thursday nights at 9 p.m. ET/8 p.m. CT, (at 8 pm on NewsChannel5.) the same day it airs on CBS. The CBS All Access app has been renamed Paramount+, and you can now watch new episodes of “Ghosts” with Live TV the day after they premiere on Hulu.

This episode doesn’t sugarcoat Sam’s relationship with her mother, Sheryl. It would be simple to have Sam sell a fairytale version to console her sadly deceased mother. Sam might use her New York Times falsehood which would be more on-brand. But how wonderful is it to witness our protagonist give herself up so quickly?

Sam’s darker personality qualities as she returns to the last battle she had with her mother while she was still alive. Sam has spent the entire season arguing with self-centered ghosts, and she isn’t about to stop just to save her dignity in a crowded restaurant. Together, they bring a messy and nasty relationship to life in all the appropriate ways. Sheryl serves as the episode’s explanation for giving Hetty the mother torch. Although this plot takes some risky turns, Sam’s smile hints that the end result is worthwhile.

Pete’s sudden switch to a false girlfriend the moment his crush on Alberta is revealed is utterly chaotic. The sitcom’s approach is at ease with standalone stories, and its shortened character-driven episodes have been a huge hit. Alberta and Pete have a nice interaction that has us going all-in on a ship that just came into being, demonstrating their success.

“Sam’s Mom episode,” on the other hand, exposes flaws in that approach. Pete’s phony girlfriend ploy has the potential to last numerous episodes, a first for the series, and it would be in Ghost’s best interest to follow this through in order to avoid near-sighted storytelling. Ghosts are still going strong, and it’s evident that the show’s excellent storytelling is outgrowing its limited scope.