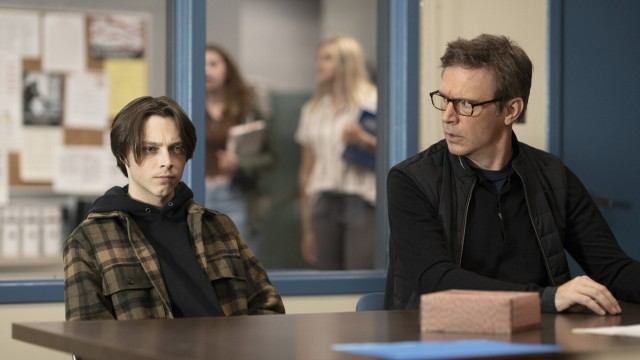 Howard Gordon, Alex Ganza, and David Shore respectively came up with the crime anthology drama “Accused“  which follows everyday people who find themselves accused of criminal acts. The series begins each episode with the characters in the courtroom but then flashes back to show the dramatic events that led up to that point. The fact that each episode of Accused reveals what led to the accused character’s current predicament without leaving too many plot holes in its wake is enough to recommend it. After watching Scott’s Story and Ava’s Story, viewers are now waiting for the next shocking story. (tvacute.com) we have everything about Accused Episode 3 including Cast, story, and promo.

‘Accused’ Episode 3 [Danny’s Story] What is About?

In the ‘Accused’ Episode 3, titled “Danny’s Story,” Rachel Bilson will appear in an episode as a defendant who must prove their innocence to a skeptical jury. The new series explores the idea that “guilty until proven innocent” is not necessarily the case, as many defendants find themselves in precarious situations while waiting for their fate. Bilson, who plays one of the suspect actresses, has a history of dishonesty. In this episode, a young boy named Danny (Reid Miller) finds out that his mother’s former hospice caretaker is dating his father, and he immediately begins to suspect foul play.

Synopsis: A teenager suspects foul play when he discovers his mother’s former hospice caretaker is dating his father.

‘Accused’ Episode 3 will release on January 31, 2023, on Fox at 9/8c. The episodes will be accessible on Hulu the day after they have originally aired. Hulu users with the Hulu Plus Live TV package will also have access to the Fox telecast. For example, Hulu has a $7.99/month ad-supported plan and a $14.99/month ad-free option. There will be 15 episodes in the first season. Pricing for Hulu Plus with Live TV begins at $69.99/mo. After airing, episodes are also available on Fox’s website for immediate viewing.