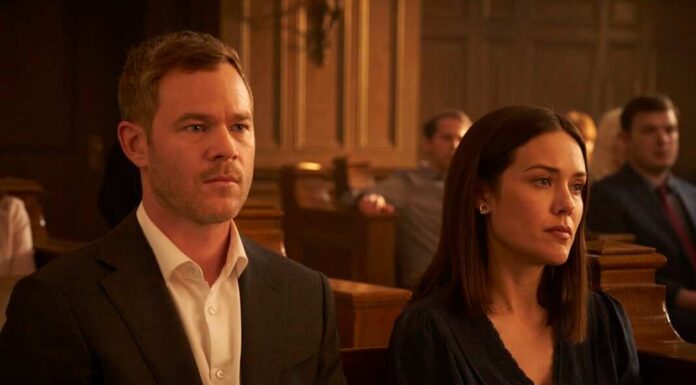 FOX’s “Accused“ is a crime anthology series that presents each story from the point of view of the defendant. The series was created by Howard Gordon, and it is based on Jimmy McGovern’s award-winning BBC series. We begin by seeing the accused about to face trial, which is typically accompanied by a media frenzy because these are “heater” cases. After that, we switch back and forth between trial scenes and flashbacks that chronicle the chain of events that led to such serious and frequently contentious criminal charges. The Series is currently filming in a massive studio complex in Etobicoke, Ontario, on Toronto’s west side.  (tvacute.com) we have everything about Accused Episode 2 including Cast, story and promo.

‘Accused’ Episode 2 [Ava’s Story] What is About?

In the ‘Accused’ Episode 2, “Ava’s Story,” a Deaf actor plays a deaf surrogate who gives birth to a deaf baby. She is motivated to take extreme measures when she discovers that the baby’s parents are preparing to surgically intervene in the child’s hearing loss. This brings up some interesting issues regarding how hearing societies view and interact with deaf people, and the episode’s director, Marlee Matlin, uses some clever approaches, such as including subtitles throughout the show, but the issue is ultimately resolved in an unconvincing manner. There are the other two deaf actors in the cast.

Synopsis: After a married couple discovers their newborn is Deaf, they elect to try a surgical procedure. But when their surrogate – who also happens to be Deaf – learns the news, she feels she has no choice but to intervene.;