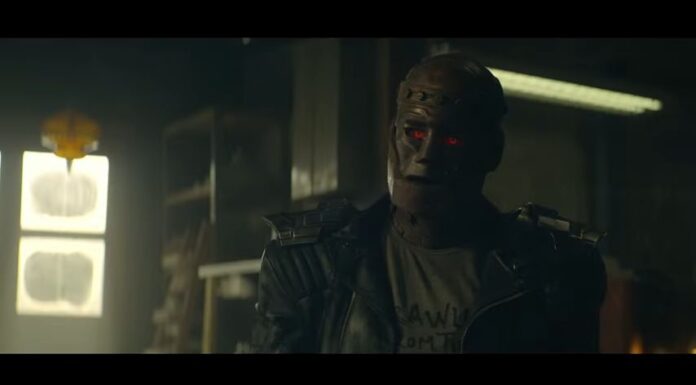 In Doom Patrol Season 4 Episode 5, Larry finds Keeg in Mister 104, who is forced to host him. Kipling tells the Doom Patrol about Immortus, an ancient deity that can destroy reality, at the Manor.   Rita wakes up and realizes she’s aging, so she goes to Caulder’s office for help.  Rita and Laura separate and reconcile after a heartbreaking talk.   Do you wish to acquire some additional information concerning the sixth episode of the fourth season of Doom Patrol before it airs?  At www.tvacute.com, you’ve come to the perfect place to get the Doom Patrol Season 4 Episode 6 titled “Hope Patrol” release date and promo.

We have any reason to believe that there will be some entertaining material packed into this episode. Yes, mostly due to the fact that there almost always is with this show. However, there is no ignoring the fact that the stakes are raised simply due to the fact that these characters are engaged in a battle against a manifestation of their own demise. It would appear that putting a halt to Immortus in whatever way imaginable is the most important aspect of the plot. Even Cliff, who rarely shows emotion, can’t help but feel concerned whenever he thinks about the danger. The plot is currently focused on making the most of the time that is still available. If you’re interested in learning more, we’ve included the complete plot summary and promo for Doom Patrol Season 4 Episode 6 below.

When Larry tries to find Keeg, he runs into Mister 104, who has to carry Keeg around in his body. Keeg informs Larry that Mister 104 was formerly a man by the name of Rama who was routinely subjected to experiments by the Bureau. Rama has therefore allied with Janus and sworn allegiance to Immortus in an effort to restore his condition before it spirals out of hand and results in a catastrophic extinction event. Just as Keeg enters Larry’s body, a dimensional gateway draws him in, and Rama pursues him. Larry begs Rama to find an alternative option. At the Manor, Kipling informs the Doom Patrol of Immortus, an antiquated deity with the power to destroy reality. Also revealed are Caulder’s experiments on Larry, Rita, Cliff, and Jane to maintain their lifespan, as well as his claim that he once claimed to possess a fragment of Immortus, which he utilized as a catalyst for his necklace. When Rita wakes up, she notices that she is aging and goes to Caulder’s office to find a solution. She spills a bottle with a de-aging spell that also affects Kipling and the Doom Patrol. The crew set out to find Kipling’s mentor, Ms. April, to break the spell, but they decide to go to a pool party instead because they are so immature. After a sad talk, Rita and Laura part ways and eventually reconcile. Vic chooses to visit Derek after discussing their friendship with Jane, but by the time he gets there, he has transformed into a young child. Bunbury and the Knights Templar come at the party as the de-aging spell intensifies, turning Kipling back to normal while Bunbury continues to extract Jane’s lifespan as she transforms into a baby.