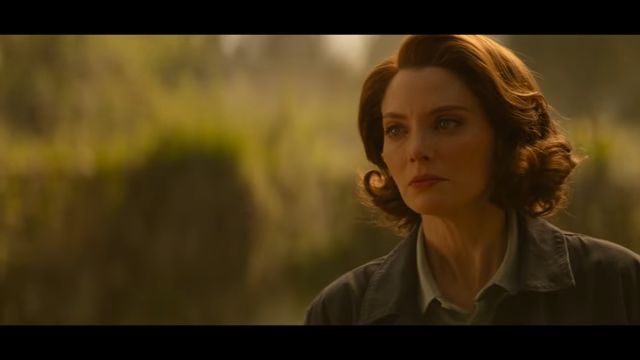 It’s great to see so many diverse pieces coming together at last in this episode 9 of Doom Patrol. This scene goes from cute to suspenseful when it becomes clear that Larry is afraid of becoming a decent father after failing twice. Larry assures the parasite he will be better. Continue reading the recap section to learn more about episode 4.  What is going to happen next? only one episode left. At www.tvacute.com, you’ve come to the perfect place to get the Doom Patrol Season 3 Episode 10 “Amends Patrol” summary and promo.

Doom Patrol Episode 310 Synopsis:  As the Brotherhood of Evil closes in, the Doom Patrol try to set aside past issues in hopes of becoming a true superhero team – or risk being taken out for good.

This flashback continues where episode 8 left off, with Rita confronting Madame Rouge, calling her lover’s killer a fraud and power-hungry. Rita devises a strategy to bring Laura and the Brotherhood of Evil down. This scene goes from cute to suspenseful when it becomes clear that Larry is afraid of becoming a decent father after failing twice. Larry assures the parasite he will be better. Victor Stone is still in the recovery room following his surgery to remove all of his Cyborg equipment. Because Silas is Black, a new security guard at STAR Labs approaches him and asks why he is there. Vic resents him for taking away his humanity, and Victor exits the room before Silas can answer. Jane and Kay are discussing how the identities have disappeared and Kay says she no longer needs them. Kay ascends, leaving Jane alone at the station. Madame Rouge visits The Brain and Monsieur Mallah in a retirement complex in Boca Raton, Florida. Mallah, unlike The Brain, is not hospitable to Laura.

Rouge tries to use The Brain’s resources, but he won’t provide them to her unless she completes a new task. Rita, the only one who knows the genuine threat, is fighting to motivate her distracted teammates. When Clara, Cliff’s daughter, answers the door, she finally breaks through to Cliff. Rita is understandably enraged, as she is now back at zero. Vic and Kay talk in the room where Niles interviewed her identities. They both feel the same. Rita tells Larry how she has changed since seeing Larry and his parasite baby. Rita had a lighting moment and left the meeting with zeal to execute this plan. Rita interrupts Clara and Cliff’s phone call to ask if Clara is really his daughter or if Madame Rouge is utilizing her shapeshifting talents. After learning this, the Doom Patrol and Madame Rouge, who has an adult head but a baby body, fight. She electrocutes Cliff before capturing him in front of Clara. Rita delegated responsibilities before inspiring a powerless Jane. Madame Rouge and The Brain discuss the Brotherhood of Evil’s master plot to a newly awakened Cliff. The Brain intends to use Cliff’s blueprints to infiltrate Robotman’s body before killing the Doom Patrol from within. Madame Rouge appears to be back in the Brotherhood’s good graces when she is sedated and Cliff is re-awakened by Monsieur Mallah.

The Brain, now voicing Robotman, is seen wheeling Madame Rouge into a vehicle with Cliff’s brain in a jar. Vic, Larry, Jane, and Rita end up talking about each other in Florida. Nobody congratulates Vic on his new look, and they all ask Rita why they are heading to Boca Raton, because Rita says they are not going to help Cliff. Rita claims she killed everyone at the resort and her only goal is to stop Madame Rouge. Jane’s mind is split between her surface concern and the fact that Kay is alone in The Underground with something odd. The episode finishes with a French song laying the groundwork for next week’s Doom Patrol Season 3 finale. While the Brain enjoys his new body, Monsieur Mallah pushes Madame Rouge and Cliff’s jarred brain off a cliff. Most importantly, Kay discovers she possesses supersonic talents when defending herself against the strange force in The Underground. Jane also screams on the surface, causing the Doom Patrol bus to flip over, perhaps hurting everyone on board.