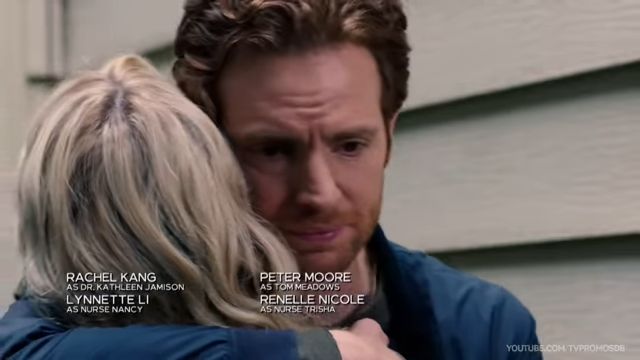 Brian Tee made his long-awaited return as Dr. Ethan Choi in the previous episode of Chicago Med. while Ethan has made significant progress in his treatment, he still has a long way to go before he’s fully recovered and ready to resume his post as head of the ED at Med. Meanwhile, it became evident that Vanessa (Asjha Cooper) is overworking herself to the point of danger, while Crockett (Dominic Rains) continued to pursue his interest in transplantation by working on a new case with Pamela (Sarah Rafferty). Continue reading the recap section to learn more about episode 7. Now, Are you curious as to what the future holds for Chicago Med’s doctors and nurses?

In tonight’s episode, an old veteran cop and an old family acquaintance will put Scott in a difficult situation. Furthermore, Venessa will be in hot water when the annual drug test is announced. Her career would be jeopardized as a result of her recent Adderall use. Meanwhile, when Ethan returns, he’ll be dealing with a dangerous situation. In Chicago, he’ll use an old-school procedure to save a patient’s life. Episode 8 of Season 7 In the promo, Ethan appears to break down in tears while conducting the procedure, and Crockett consoles him. Will will also assist Stevie in her search for her mother.

Chicago Med Episode 708 Synopsis:- Dylan’s loyalty to Med and the police department is challenged when an old family friend and veteran cop exhibits concerning behavior. The annual random drug testing puts a doctor’s career in jeopardy. Ethan tries a risky old-school method on a patient. Will helps Stevie search for her mother.

The Chicago Med Season 7 Episode 8 will release on  November 10, 2021, which airs every Wednesday from 08:00 PM – 09:00 PM on NBC.  You can also stream this episode on NBC’s website, CityTV, Hulu, Peacock TV, and YouTube TV. If you want to watch the previous seasons of the show, you can buy it on Amazon Prime Video.

When Vanessa hears that Maggie informed Charles about their relationship, she concludes that Charles believes she was hired because of nepotism and will not listen to Maggie’s perspective. Vanessa is later assigned to a psychiatric patient who is also being cared for by Charles. Vanessa starts performing a million tests while speaking quickly and Charles attempts to talk her out of it. Meanwhile, when Ethan returns to Chicago Med, everyone is ecstatic, but Archer does an exam and claims that Ethan isn’t fast enough yet when intubating a test dummy. Later, when Cooper collapses during the session, Will relies on Ethan to intubate Cooper while he searches for defib paddles. Stevie butts heads with Abrams over a presumably crippled patient who appears to be being cared for by his 15-year-old son. Abrams argues that Nathan will never walk again, but Stevie believes that vigorous treatment can address the problem. Abrams threatens her that if Nathan dies during surgery, she is responsible.