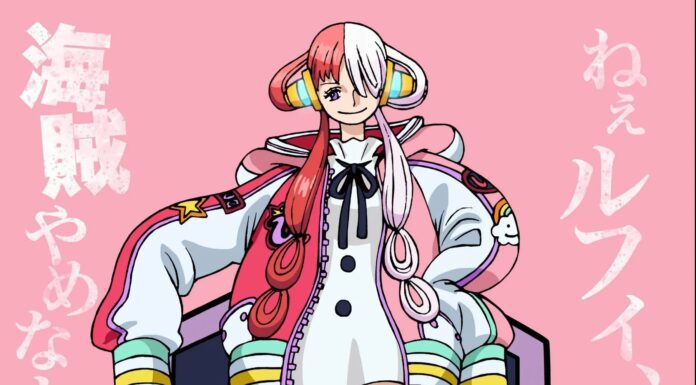 One Piece Film: Red‘s North American and Canadian theatrical release date has finally been made public by Crunchyroll. The Japanese premiere of One Piece Film: Red took place on August 6. The movie has released internationally via Crunchyroll later this fall in the United States, Canada, Australia, and New Zealand.
On Thursday, October 6, in New York, the eagerly awaited One Piece movie will have its US premiere in conjunction with New York Comic Con. The wider theatrical release will take place on Friday, November 4, in the United States and Canada, while it will debut in Australia and New Zealand the day before, on November 3.

The official synopsis for the movie states, Uta —the most beloved singer in the world. Renowned for concealing her own identity when performing, her voice has come to be described as “otherworldly.” Now, for the first time ever, Uta will reveal herself to the world at a live concert. As the venue fills with all kinds of Uta fans—excited pirates, the Navy watching closely, and the Straw Hats led by Luffy who simply came to enjoy her sonorous performance—the voice that the whole world has been waiting for is about to resound. The story begins with the shocking fact that she is Shanks’ daughter. Goro Taniguchi (Code Geass) is in charge of directing One Piece Film: Red, which was written by Kuroiwa Tsuto (One Piece Film Gold). Eiichiro Oda, the man behind One Piece, is a producer for the movie.